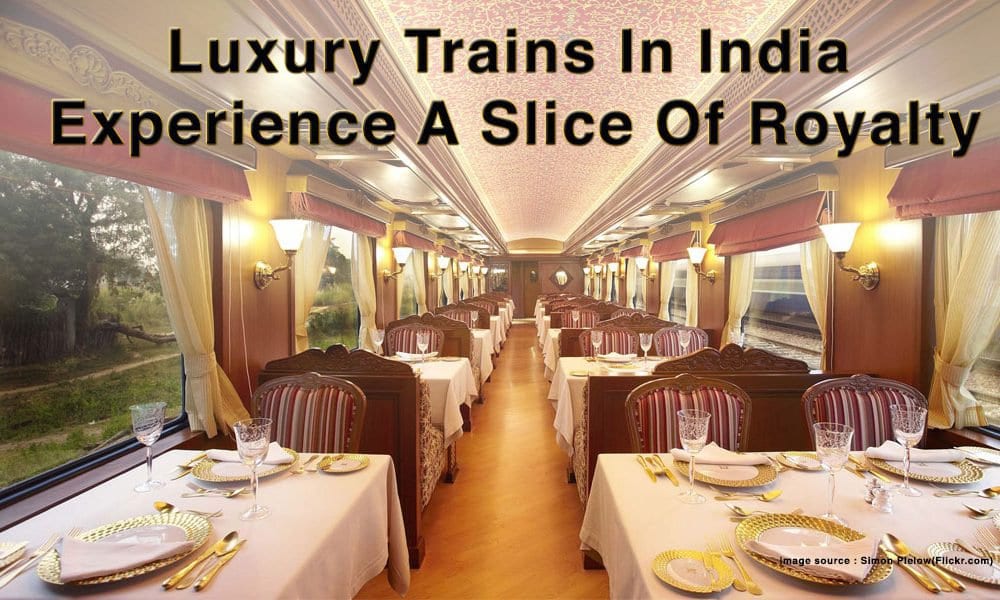 For the ultimate royal experience combined with the excitement of travel, luxury trains in India will truly amaze you. There are 7 super luxury trains in India which are managed by the Indian Railways and the IRCTC.These train journeys are sure to provide you with a rich cultural experience, coupled with absolute comfort, style and decadence. The glamorous interior décor, world-class service, and a thoroughly enjoyable gastronomical experience are sure to leave you spell-bound.If royal grandeur and a lavish vacation is what you are looking for, these luxury train travels in India by IRCTC have got you covered.

If you have been searching for detailed information related to Luxury Trains in India, your search ends here.What makes this blog unique is that we share with you the following information which is much sought after by travellers who wish to experience luxury trains in India :

Way to India brings to you a complete list of these 7 luxury trains in India with all the minute details to help you plan your luxury train travel in India. 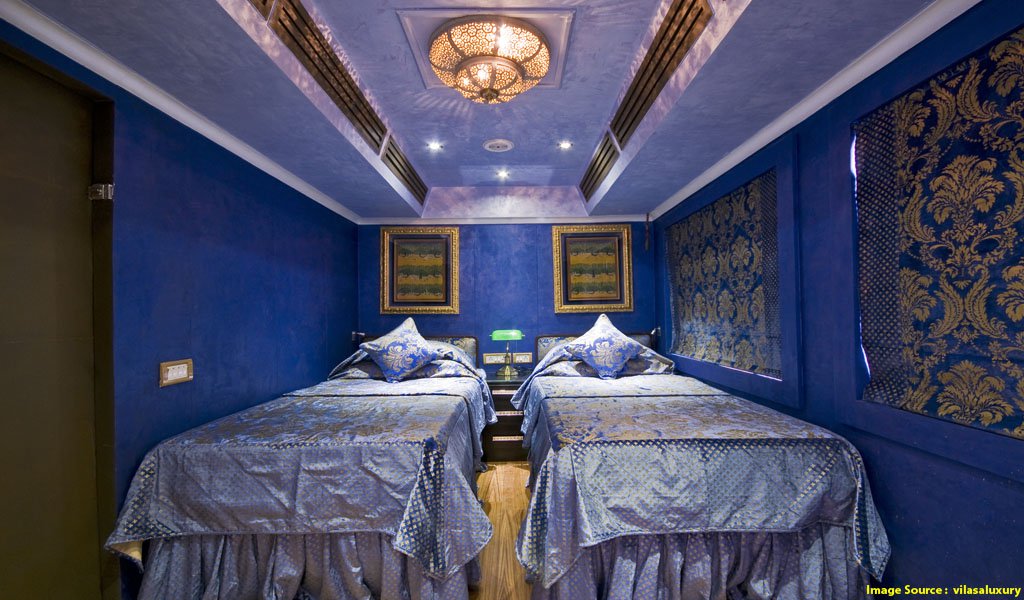 Rajasthan is a beautiful tourist spot, but to travel around the state in a luxury train is the most lavish and royal experience one could have. Royal Rajasthan on Wheels is a popular luxury train in India comprising of 14 cabins. These cabins are modelled on royal suites and have a grand look and feel like royalty.

Touted to be one of the most luxurious trains in the world, the Maharajas’ Express is the ultimate fantasy for people who love the royal experience. Being the winner of the ‘World’s Leading Luxury Train’ award for many years consecutively, this train has all the luxurious amenities one could think of.This train is surely among the top luxury trains in India.

This train serves as an ode to the lavish and opulent lifestyles of the Kings and Queens of ancient India. Equipped with state-of-the-art facilities, this journey around the Deccan plateau is one of the most memorable experiences. Guaranteed to make you feel like royalty, the Deccan Odyssey is cited to be one of the most luxurious rails in India.Due to its opulence and grandeur, Deccan Odessey certainly deserves to be mentioned among the best luxury trains in India.

This offer is an absolute cultural treat if you seek to explore Rajasthan by train, in the most authentic way possible. It was once voted as the 4thbest luxurious train in the world, a title which is very well deserved. The cabins have a very royal yet simplistic feel to them, given the multiple ancient artistic paintings and murals on the walls.Palace on wheels stands to its name and provides an opportunity to travellers from India and abroad to travel in this famous luxury trains of India.

The aptly named chariot is an absolute golden experience for Southern India enthusiasts. The train covers a wide number of destinations that must be on every traveller’s list. Awarded ‘Asia’s Leading Luxury Train’ in the year 2013, this train is a magnificent treat in terms of hospitality and service. The cabins are inspired by the ancient Hoysala temple architecture.Come experience this luxury train of India.

Inspired by Rajputana style and grandeur, the Royal Orient Train is modelled on the first luxurious train in India, the Palace on Wheels. This train has a lavish look and a royal feel to it and is equipped with facilities that are truly fantastic.You must experience this train which surely is foremost among the luxury trains in India.

The Fairy Queen has been recognized by the Guinness Book of World Records as the oldest working Steam Locomotive in the world, built in 1855. Popular for its vintage style and opulent feel, travellers are often mesmerized by the charm of this unique and luxurious train in India.

Indulge in the royal treatment and grandeur of these Indian luxury trains. For more Rajasthan packages click here and for booking these luxury trains of India write to us at info@waytoindia.com.