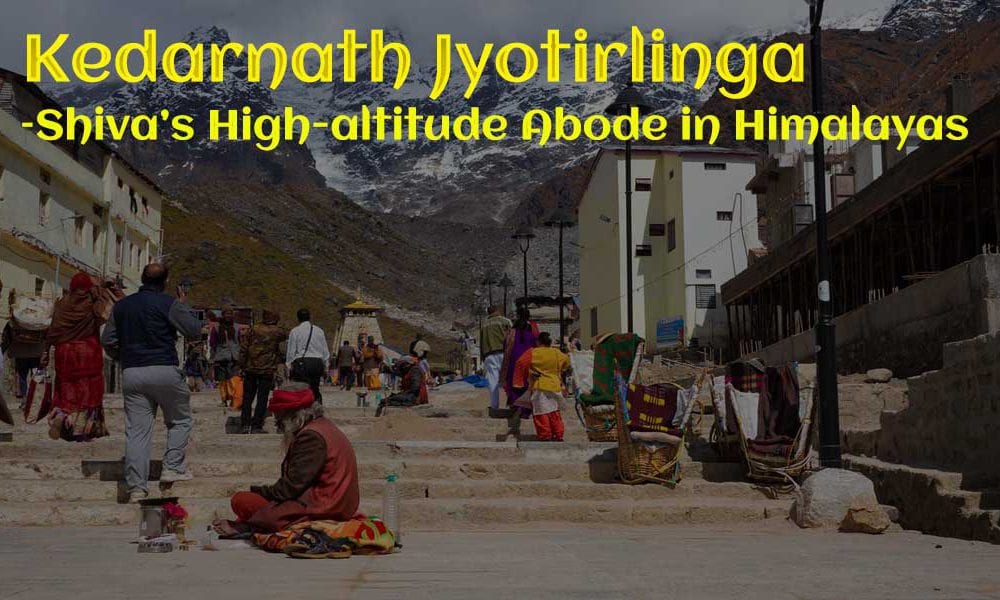 Much in sync with the permanent abode of Lord Shiva at Mount Kailash, Kedarnath Jyotirlinga occupies the high reach of Himalayas, surrounded by extraordinary natural grandeur of gigantic glaciers, towering peaks, lush green pastures and gushing rivers. It is the highest of all 12 Jyotirlingas and is accessible by a trek of about 16 km. Kedarnath Temple opens only for 6 months and remains closed during winters due to heavy snowfall. 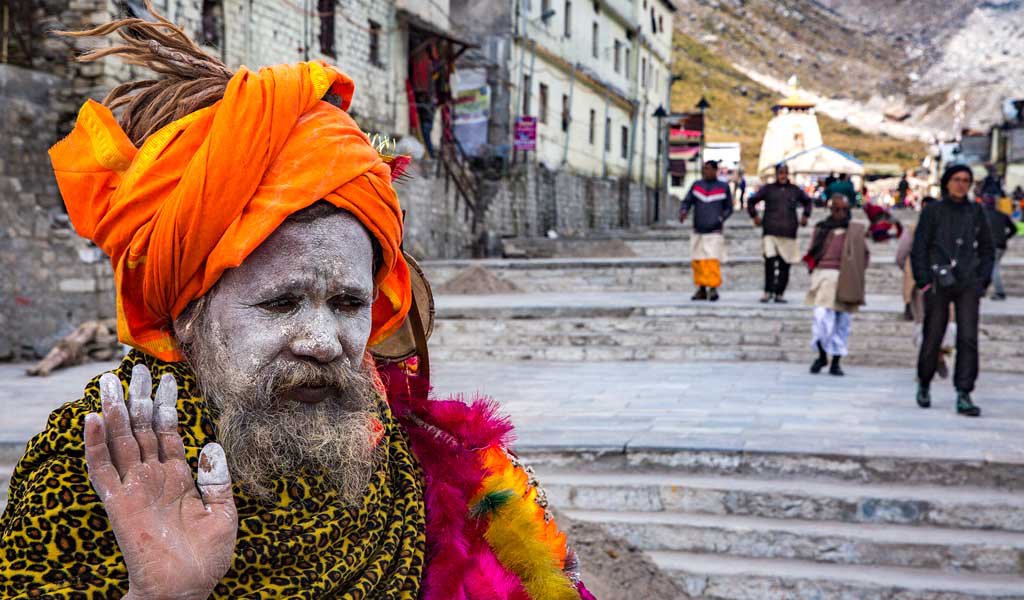 Among the many legends associated with Kedarnath Jyotirlinga, here are the two most frequently mentioned in religious scriptures:

The original Kedarnath temple was built by Pandavas, though there are no historical records available for it. Skanda Purana, one of the many Hindu religious texts, that was discovered in the 8th century refers to a place Kedar where Lord Shiva held the violent flow of Ganga in his matted locks while the goddess descended on Earth in the river form.

The present day Kedarnath temple finds its earliest mention in the 7th-8th century records. It is also believed that the eminent Hindu philosopher Adi Shankara was among the first ones to visit Kedarnath Jyotirlinga in the 8th century. After building the Kedarnath temple and staying here briefly, he is believed to have attained moksha here.

Some historical records mention that King Bhoj of Malwa in Madhya Pradesh built the Kedarnath temple in the 11th century. Kedarnath gained prominence as a pilgrimage by the 12th century. However, it is believed that the temple was buried under snow for 400 years during the Little Ice Age (1300-1900).

It was in the 20th century that Kedarnath came into attention of millions of devotees and became one of the four Char Dham Yatra destinations (the other three being Badrinath, Gangotri and Yamunotri) in Uttarakhand. The temple miraculously escaped damage caused by the devastating flash floods of 2013.

At the height of about 3,583 m., Kedarnath Jyotirlinga is located near the bank of River Mandakini in the Rudraprayag District of the state of Uttarakhand (Uttaranchal). The temple lies in the Garhwal Himalayas and can be accessed by trekking which starts from Gaurikund. Here are some road distances between Gaurikund and important cities and towns like:

How to Reach Kedarnath Jyotirlinga?

Local Transport: Kedarnath Jyotirlinga is accessible from Gaurikund by trekking (16 km. on one side). Other popular means include:

Kedarnath Jyotirlinga Temple opens only for six months from April-end/early-May to October-end/early-November. The months of May, June and October are considered as the best time to visit the temple. July-September is monsoon period which usually experiences heavy rainfall with high possibilities of landslides and floods.

Kedarnath Jyotirlinga Top Things to Do

Visit Kedarnath Jyotirlinga to have a life-changing rendezvous with divinity. Book a tour now by contacting us at 85272 55991 or info@waytoindia.com.

Note that 12 Jyotirlinga tour package can be booked by sending us an enquiry on info@waytoindia.com and all the 12 Jyotirlingas can be visited in about 17 Nights and 18 days.

Save this link to your bookmarks to access the best free online web developer tools: html-css-js.com. I hope it will help a lot!