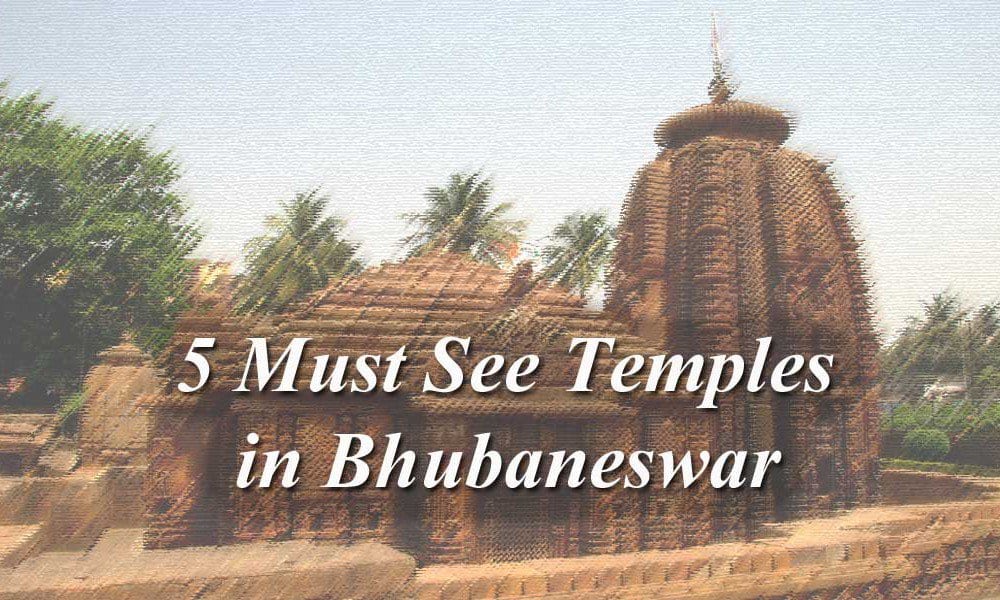 Spirituality and architectural marvel beckons! Visit Bhubaneswar, the capital of Odisha, and discover the magnetism and brilliance of ancient temples that date back to the era of Kalinga Empire. The “City of Temples” is blessed with more than 700 marvellous pieces of sculpture, predominately dedicated to Lord Shiva, Vishnu and Surya.

5 Must See Temples in Bhubaneswar

Listed here are the best temples in Bhubaneswar that you simply cannot miss to visit.

Built during 11th century A.D, the majestic Lingaraj Temple is the largest and most popular in Bhubaneswar. The splendid temple stands tall at 180 feet, and exhibits breath-taking sculptures of kings and queens, gods and goddesses, hunters, dancing girls, and musicians. The presiding deity is Harihara, a combination of Lord Shiva and Lord Vishnu. Besides astounding architectural beauty of the main temple, which reflects evolution of temple architecture during that time, there are around 64 other smaller shrines within the temple complex.This is why we have listed Lingaraj Temple as one amongst 5 Must See Temples in Bhubaneswar.  The temple is well-connected by auto rickshaw.

Important Note: Only Hindus are allowed to enter the temple; others can view the structural splendor from a distance.

Mukteshwar Temple is one of the most compact and smallest temples in Bhubaneswar, but is renowned for its imposing ceiling that is adorned with eight-petal lotus in the porch, and astounding stone archway. It was for the first time that carved images appeared in temple architecture, exhibiting beautiful lion-head motifs. “Mukteshwar” means “Lord who gives freedom through Yoga.” The temple features sculptures and images of figures from Hindu mythology, ascetics in different mediation poses, Jain munis, and folk tales from Panchatantra. The temple is also famous for Mukteshwar Dance Temple held in the month of January every year.

The small but luxuriantly designed temple was built during 7th century and is one of the oldest in Bhubaneswar. The temple exhibits marvellous architectural artwork. The main entrance of Jagmohana features carvings of domestic elephants capturing the wild ones. The outer walls display sculptures, scenes and shrines from Hindu mythology. You will find four-armed Ganesha seated on his simhasana, with a parasu (hatchet) in upper left hand and his trunk touching a bowl of laddus in lower left hand. The lintel illustrates marriage of Shiva-Parvati; to the right is Agni; a kneeling figurine of Lord Brahma; and Surya. Lord Karttikeya is found perched on his peacock, with a fruit in the right hand and spear in the left hand.Being one of the oldest temples with great heritage value this temple is surely one amongst the 5 Must See Temples in Bhubaneswar.

Are you planning your Odisha Tour ? Visit the temples of Bhubaneswar & Puri.