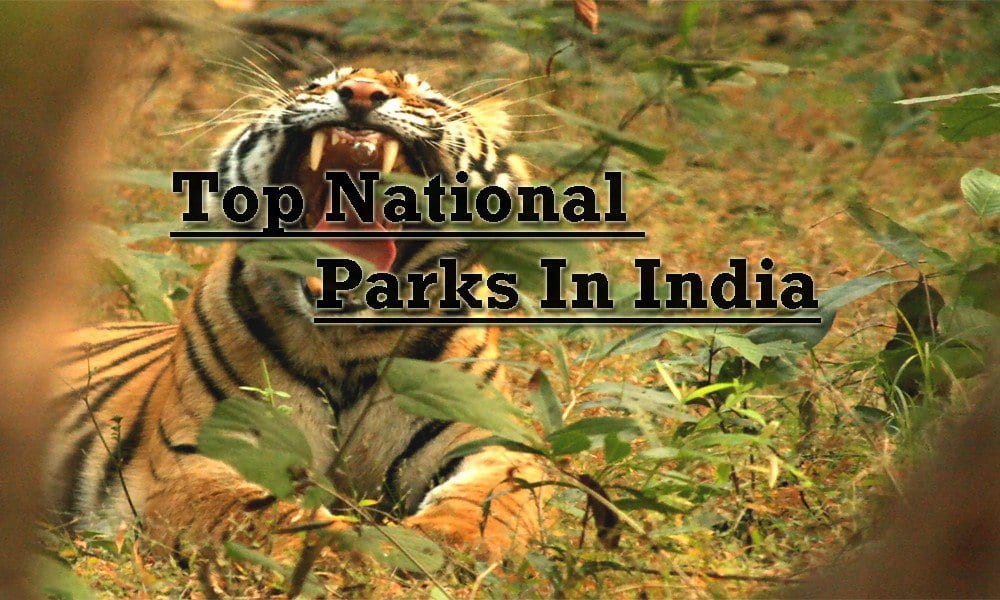 Top National Parks In India is an article that takes you through some of the most thrilling wildlife parks in India.The thrill and exhilaration of going for a wild life safari adventure; even if you end up seeing lanky monkeys and docile deer is worth the money spent. I remember going on a wildlife safari at Dandeli (Maharashtra border) in a rusty jeep that made tremendous noise, but fortunately we ended up seeing a wild buffalo, a long slithering snake on a tree making its way to eat an egg or two and lots of beautiful peacocks.In this article we check out Top National Parks In India. 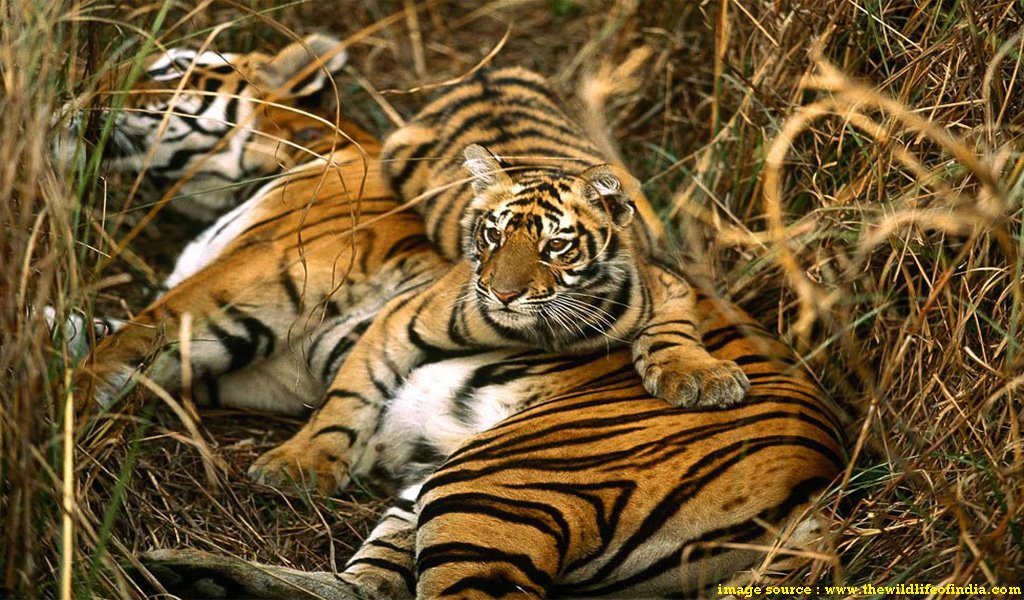 Extending over a vast area of more than 10,00,000 hectares of delta region; comprising of mangrove forests, murky swamps and a network of rivers, the Sunderbans is ideally located in the Piyali district of West Bengal.

This popular park boasts of a dense population of the most ferocious Bengal tigers. Sunderbans is considered as one of the harshest wildlife safari parks in India. The slimy swampy terrain covered in tall grasses and sticky mud is a perilous challenge even for animal enthusiasts. Wildlife adventurers from around the world visit this sanctuary to experience the exhilarating canoe rides to spot the elusive Bengal tigers.

Important Facts To Plan Your Trip To Sunderbans National Park:

Undoubtedly one of the top safari parks in India, Bandhavgarh leaves a distinct impression on tourists that last a lifetime. Located in the State of Madhya Pradesh, this exclusive national park is a privileged part of the dense Vindhyan mountainous ranges comprising of plateaus and hilly terrains. According to nature experts, the maximum density of tiger populace in India is found in this eco-diverse wildlife sanctuary.

Hailey or the Corbett National Park is one of the best tiger safari parks in India. Nestled in the picturesque and intimidating sub-Himalayan territory of Nainital district in the State of Uttarakhand, Corbett Tiger Reserve is a favourite haunt of wildlife lovers and tourists worldwide. Corbett reserve is home to numerous wild animals such as Asiatic elephants, Sloth bear, Black Bear, Sambhar and host of other bird species.

It is popular as the only lion safari park in India that is home to Regal Asiatic lions. The vast untamed lands comprising of Gir forests form a natural habitat for celebrated Asiatic lions of India. From wild antelopes, deer, wild cats, langur monkeys, striped hyenas, honey badgers, marshy crocodiles to stupendous birdlife species like flamingos, thrush, serpent eagles, vultures, pelicans to elegant storks; Gir National park in Gujarat has all the wild mix of flora fauna that attracts millions of tourists from around the world.

Located in the Bokakhat region of Assam, the beautiful National park of Kaziranga is a haven for different bird species. The large grasslands are also home to wildlife comprising of elephants, rhinos, tigers and leopards. The picturesque lakesides abound with numerous migratory birds such as Ruddy Shelduck, Pochard, Greylag Geese and Falcated Ducks.

Covering a small impressive area of 392 sq. km. the Ranthambore National Park is situated in the Sawai Madhopur district of Rajasthan. The parkland is filled with perpetual streams sourcing water from the natural lakes as well as amazing man-made lakes. One of the best safari parks in India that abounds in natural flora with more than 300 species of trees and water plants, Ranthambore is also popular for spotting wild animals like tigers, leopards and bears.

We at Waytoindia organise the regular group and individual tours to most of these wildlife sanctuaries in India.