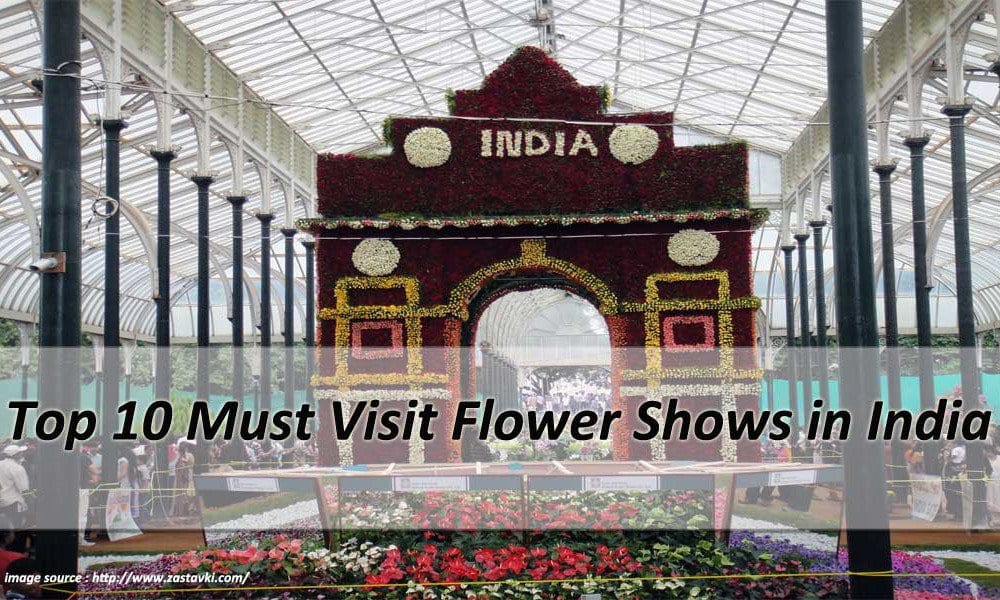 Flower shows display different types of flowers – sometimes, rare flowers – at one place. Flower shows happen all over the world. India is no exception. Here is the list of top 10 must visit flower shows in India that you should not miss in your lifetime. There is no age to visit these flower shows. The younger you start, the more you learn to appreciate the language of flowers.

10 Must Visit Flower Shows in India 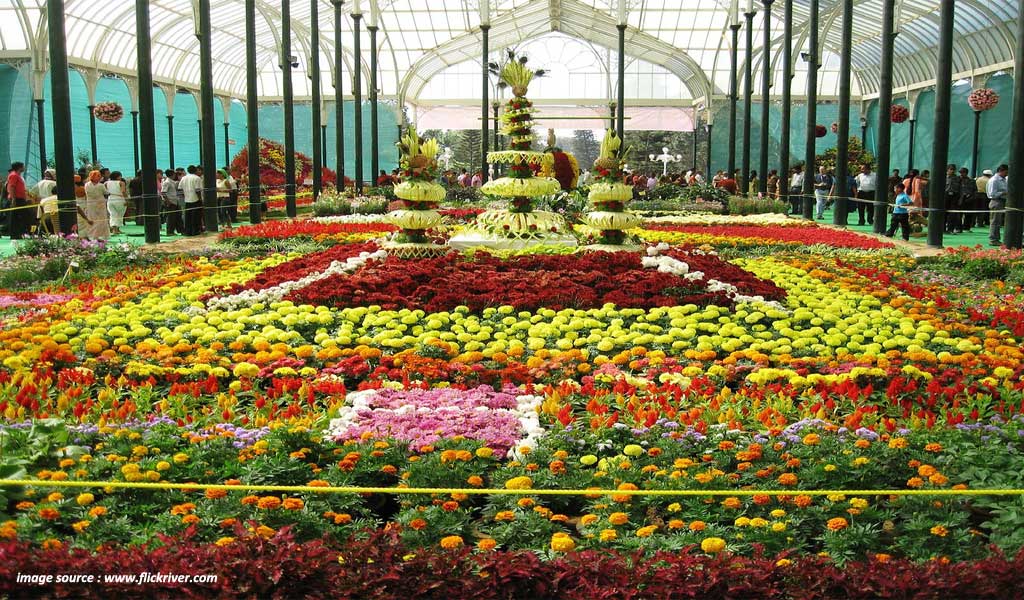 Bangalore is known for its flowers and the city is also called the “city of flowers”. Every January 26th, on the Republic Day of the Union of India, the Indian Department of Horticulture and Mysore Horticulture Society organize a flower show. This flower show is very famous and people from all parts of the world come over to witness the show, enjoy the colors of the flowers along with their fragrance, and take photographs to cherish them forever.

The show is organized in the Lalbagh Botanical Garden of Bangalore and hence it gets its name as the Lalbagh Flower Show, Bangalore. Year 2015 saw around 50 million people attending the flower show from all over the world. There were 200 varieties of flowers displayed in more than 20000 pots for decoration.There are the r.easons why we have listed Lalbagh flower show among Top 10 Must Visit Flower Shows in India

Chandigarh in Punjab is known for its Chrysanthemums flower. These flowers are also called Mums or Chrysanths. They are deep red with a splash of multiple other colors. A flower show is organized in the Chandigarh city of Punjab showcasing the best flowers from across the state. Flowers are of different varieties and do not just include the Chrysanthemums.

The show happens in December and many competitions are held besides the display of flowers. Gardeners from across India partake in the competitions that include cultivating flowers and decoration using the Mums.

#3. The Horticultural Show at Kolkatta

The garden where the flower show is held was established in the year 1820 so you can guess how enchanting it looks. The flower show was initiated by King George V when India was ruled by England. What started as a small floral exhibition now draws a crowd from all over the world. For people who are interested in knowing about the different types of flowers and non-floral plants this is a must visit flower show.

Sikkim is a north-eastern, hilly province situated in India where it is cool throughout the year, due the region being situated in Himalayas. The story behind the floral exhibition is that once the queen of England saw Dendrobium Noble and was so enchanted by the flower that she ordered it for her palace in the UK. From then onwards, Sikkim organizes an annual flower show where the Dandrobium Noble is the main attraction. Other than that, around 500 varieties of flowers – which are specialties of Sikkim – are displayed in the flower show.

#5. The Rose Flower Show of Pune

The Empress Botanical Garden of Pune holds a flower show every year where roses are the main attraction. The botanical garden was founded by the queen of England and the show is now maintained by the Agri-Horticultural Society of Western India. The flower show is called Buds and Blooms and the main attractions are roses and Dahlias among a variety of other flowers. The show is held during the monsoon season.

Delhi University is a huge campus with plenty of gardens throughout the place. Though one can enjoy different types of flowers all-round the year, the Delhi University management holds a flower show every summer and winter. In both seasons, the best flowers belonging to the season are exhibited.

#7. The Rose Flower Show of Gurgaon

Gurgaon is located just near Delhi, the capital city of India. The Horticulture department of Haryana state organizes a floral show every summer and winter in Gurgaon. The main attractions of the flower show are roses. Besides the roses, the flower show exhibits bonsais and different types of Dahlias.

Ooty is a hill station in the South Indian province of Tamil Nadu. The weather is warm and dry throughout the year as the Indian Ocean and Bay of Bengal surround the province on all sides except the west. The city sees an annual flower show in the month of May. Tourists from all over the world visit the place for both the flower show as well as to check out many scenic locations of Ooty.

Meghalaya is also a small province of India located in the Himalayas, towards extreme North East. The place is cool throughout the year and provides plenty of natural attractions. If you plan to visit the state, plan it during autumn season, do visit the flower show held with varieties of flowers that are local to Meghalaya. It includes wild flowers and is especially interesting to people interested in Botany.

Varanasi is a small town located in the Uttar Pradesh province of India. The place is primarily a pilgrimage but the Rotary Club of Varanasi conducts a flower show annually during the months of winter. The specialties of these flower shows are roses. Besides roses, there are plenty of other varieties of flowers and competitions are held for decoration using flowers. Some other small competitions are also held on lines of beauty and calligraphy using herbal colors.

The above is not the comprehensive list of all the flower shows that happen in India. There are many more.