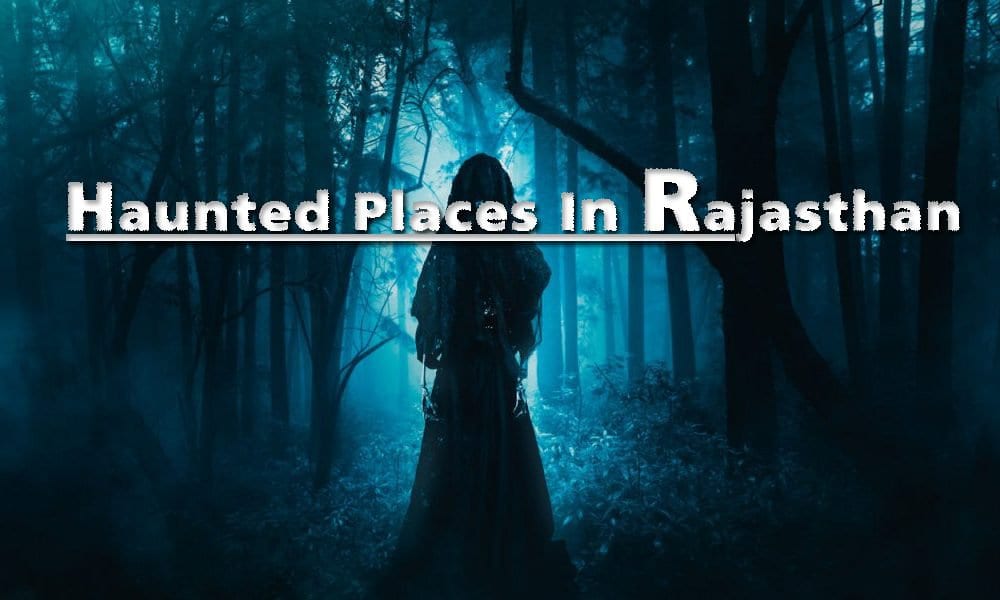 Stories about haunted places in Rajasthan are as much contemporary as folklore shared through the generations.

Home to the iconic cities of Jaipur, Jodhpur, and Udaipur, Rajasthan is a grand spectacle. Its unique culture, along with its numerous fairy-tale-like landmarks, is amazing to witness and continue to draw visitors from all parts of the globe.

However, there is one particular side of Rajasthan people are not really aware of. A number of landmarks, spread out across the vast state, are known to be haunted. Reported incidents from years gone by tell tales straight out of old-school horror movies. You may not be a firm believer in ghosts and haunted places, but once you visit the following places, your beliefs may just change!

In this special blog, we share with our readers some of the lesser-known haunted places in Rajasthan.

The area of Jagatputra in the state capital Jaipur used to be much more feared than it is now. Perhaps the reason for this is the establishment of residential properties in recent times. In any case, stories from Jagatputra spoke of witches who would roam around the roads at night. The witches were said to have long, grey hair, and wore long white dresses; quite a cliché in horror films, but quite scary nonetheless if you had to face it in real life.

Once upon a time, Jagatputra had a greedy ruler. Under his rule, many inhabitants of the village died of hunger. It is said that the witches are nothing but the ghosts of these former inhabitants, and all they look for is some help from tourists.

Whether these tales are results of hyperactive imaginations or have some tiny amount of truth in them, is up to you to find out!

Housed within the iconic Chittorgarh Fort, Rana Kumbha Palace is the oldest among all the monuments in the fort premises. The history of the palace is not the most glorious.

Alauddin Khilji laid siege to Chittor in 1303 CE in an attempt to not just take the fort city, but also its women; Rani Padmini was his prime target. Rani Padmini, along with 700 other women, performed self-immolation and died.

Over the years, numerous people have visited the palace, and they have claimed to have heard the dying screams of the women. On tours of the palace premises, people have reportedly witnessed the ghosts of the women first-hand. Many claim that the ghosts wear royal attire, but they all have burnt faces. If there is any truth to all these reports at all, it must be said that Rana Kumbha Palace is one of the most haunted places of Rajasthan!

The city of Kota in southeast Rajasthan is home to the Brij Raj Bhavan. The palace was once owned by Kota’s former princely family, and later, by British Major Charles Burton. Burton was one of the many British officers who perished during 1857’s Sepoy Mutiny. The major was trapped in the huge palace along with his sons and was killed by Indian militants.

Ever since that day, it is rumoured that Major Burton’s ghost roams around the palace premises.

Today, Brij Raj Bhavan has been successfully renovated into a heritage hotel. But many people think twice before they book a room here. Some security guards have reported being attacked by the ghost as well. Apart from this, the ghost is generally harmless.

The abandoned village of Kuldhara has situated roughly 17 km. away from the iconic city of Jaisalmer, and not many can outrank this in terms of the most haunted places in Rajasthan.

Since the 19th century, the village has stayed bereft of any inhabitants. A corrupt minister, Salim Singh, offered his marriage proposal to a villager, but once refused, he threatened her family and tried to take her by force. All of the village inhabitants abandoned the village shortly after, but not before they put a dark spell on the village with darker implications; nobody could ever inhabit the village again!

New Delhi’s paranormal society decided to inspect the village to get to the bottom of the rumours. To their shock and horror, they detected voices that came out of nowhere. Scratches also appeared mysteriously on their cars, which left everyone speechless.

The Bhangarh Fort is probably the scariest destination on a Rajasthan tour package. Situated in the Alwar district, the fort dates back to the 17th century.

It is said that a ‘tantric’ (wizard) once fell in love with Bhangarh’s princess, Ratnavati. The ‘tantric’ tried to trick the princess into marrying him, but before long, the princess realized his devious scheme. The ‘tantric’ died, but left a terrible curse on the fort; one that would not allow anyone to inhabit the fort premises. Shortly after, the fort city was ransacked, and Ratnavati died too. Ever since then, Bhangarh has been inhabited by ghosts, and authorities do not allow visitors to stay after dark.

Several reports of paranormal activities have surfaced from Bhangarh, with screams of a ‘tantric’ and the cries of women being heard by numerous visitors.