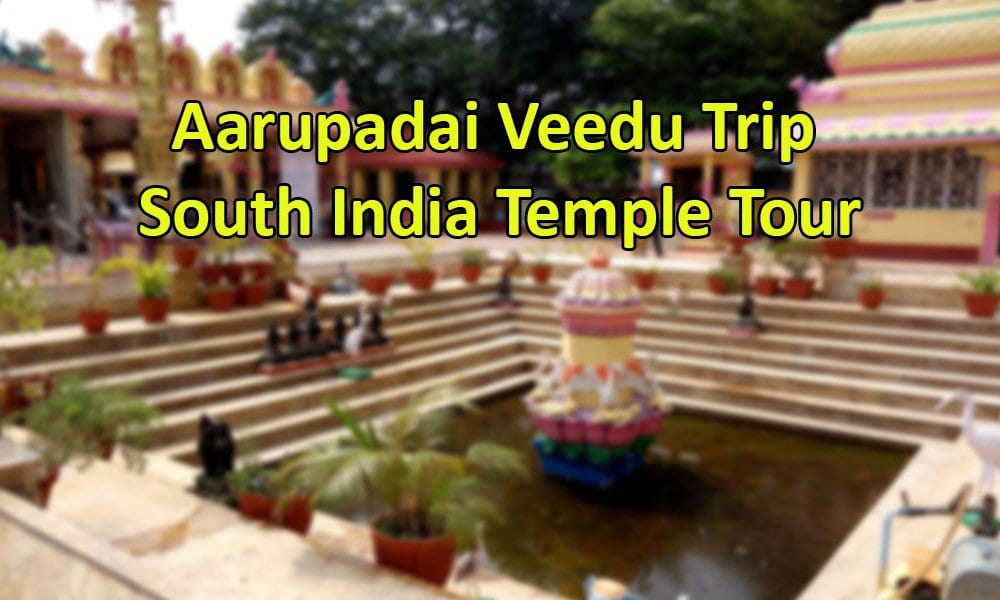 Aarupadai Veedu Trip, one of the most famous among the South Indian temple tours is indeed a must visit trip. Beautiful sculptures, intricate architecture and the magnificence of Indian culture reflects in the royal monuments erected years ago. Waytoindia introduces a luxurious and grand tour to Aarupadai Veedu, the Six Abodes of Murugan that attracts thousands of worshippers from different parts of the world.

Whilst Lord Murugan happens to be the famed and the most widely worshipped Lord in Tamil Nadu, you can rarely find the six different forms, or avatars, of the Lord under the same roof. To get a view of this rare sight, you can visit the Aarupadai Veedu Temples on your next tour.

Located approximately 52.4 km. from Chennai, Aarupadai Veedu trip ensures your comfort while you can enjoy the sights and gain knowledge of the history of Lord Murugan.

The Aarupadai Veedu or Six Holy Abodes, also meaning battle camps, of Lord Murugan was declared by the famous Tamil poet Nakirar in the Sangam period classic of Murugan devotion. Lord Murugan, or Karthikeya, a Hindu God, has several names. He is also known as Shanmuga, Arumuga, Kanda Kathirvela, Kumara, Guhan, and Subramanian. Aarupadai Veedu trip includes your visit to the Six Abodes of Lord Murugan : 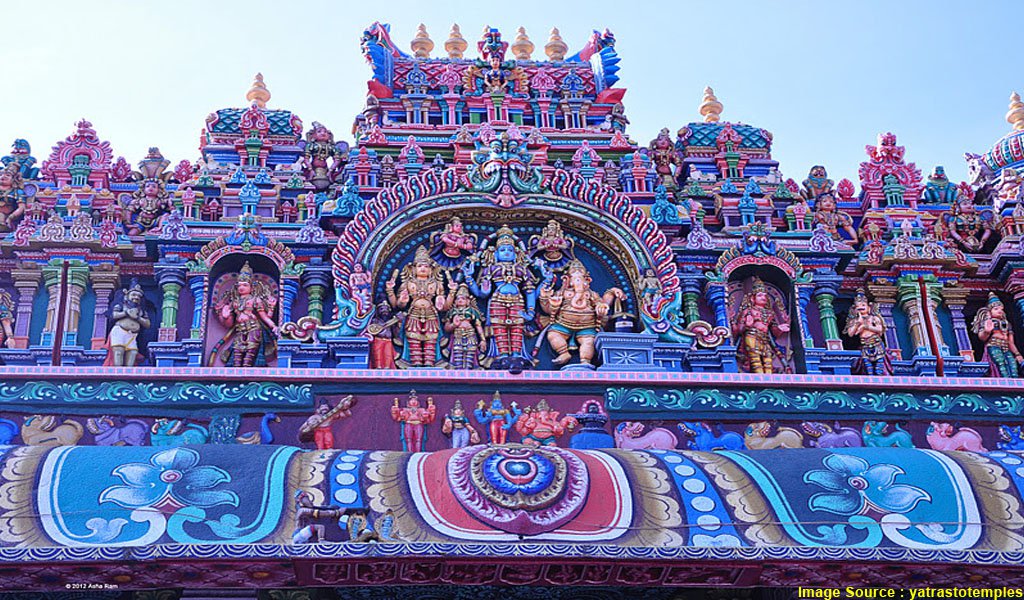 Your Aarupadai Veedu Trip will first take you to Tiruparengundram, also called Paramkundru,which  is a hilly town located near Madurai, Tamil Nadu, South India. It is the first of the six holy abodes of Lord Murugan, and also one of the first temples dedicated to Lord Murugan. Tiruparengundram is the place where Lord Murugan was married to the divine daughter of Lord Indra, Devasana (Deivayanai).

The architecture of Tiruparengundram depicts the work style of the 7th and 8th century. There are mandapams lined with carved pillars that look magnificent. There are 3 main caves in this temple – Subramanyar, Deivayanai and Naaradar.

The famous festivals at Tiruparengundram include the Chariot Festival, LakshaArchana and SooraSamharam. A well planned tourto Aarupadai Veedu temples can let you enjoy these festivals. 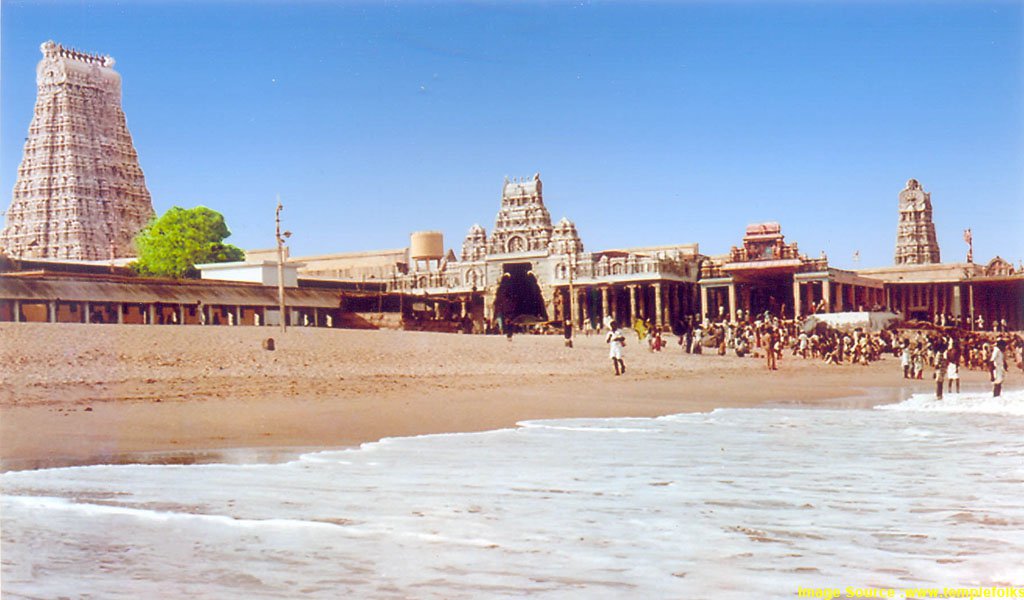 Location: 175 km. from Madurai and 60 km. from Thirunelneli

Thiruchendur is perfectly located in the Tuticorin district along the Indian Ocean. The fight between Lord Murugan and Asura Kind Surapadma took place in Thiruchendur. It is believed that after this way, this place had turned red with violence. The most popular fane dedicated to the Lord Murugan is in Thiruchedur. There is a 137 foot tall gopuram having 9 tiers facing towards the West, constructed in the 17th century.

The famous festival of Thiruchendur temple is Oonjal Sevai – Lord Murugan swings with his group in a tranquil ambiance.The Aarupadai Veedu Trip shall be taking you to this second of the Lord Murugan temples. 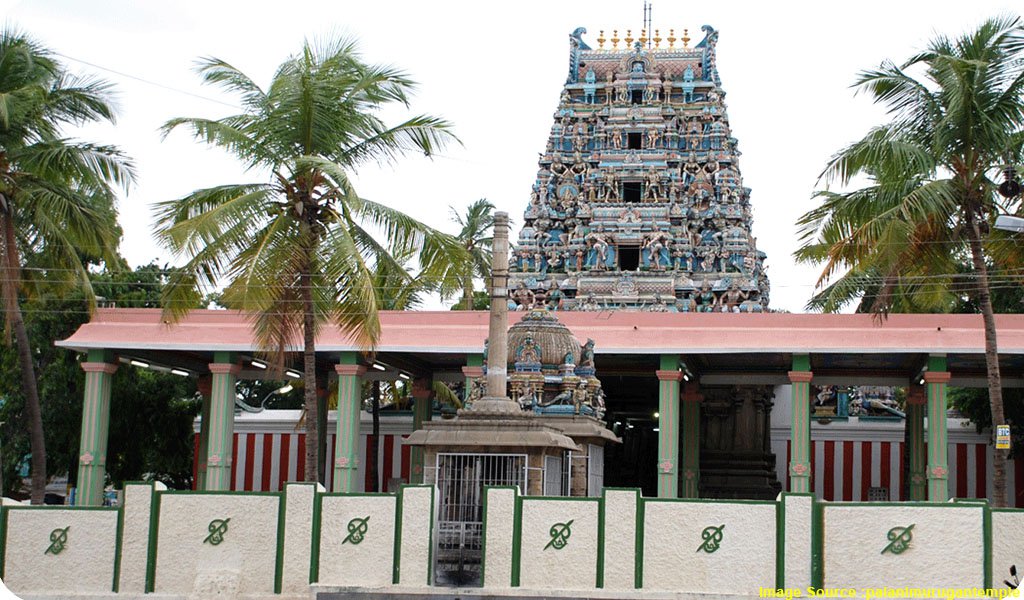 Location: 56 km. from Dindigul and 64 km. from Kodaikanal

The Thiru Avinankudi temple in Palani is one of the most ancient sites, situated perfectly at an elevation of about 1500 feet above the sea level. It has a charming campus from where you can see the Idumban Hill, the Western Ghats, the Kodaikanal Hills, river tanks, paddy fields and the entire Palani town. The Palani Hill looks beautiful during the day and resplendent at night. The statue of Lord Murugan made of Navabashanam was designed by sage Bogar. Devotees celebrate the festival of Kavadi as an honor to the Shrine. The Golden Chariot Festival is a very famous event celebrated in Palani when the golden image of Lord Murugan is taken around the temple. 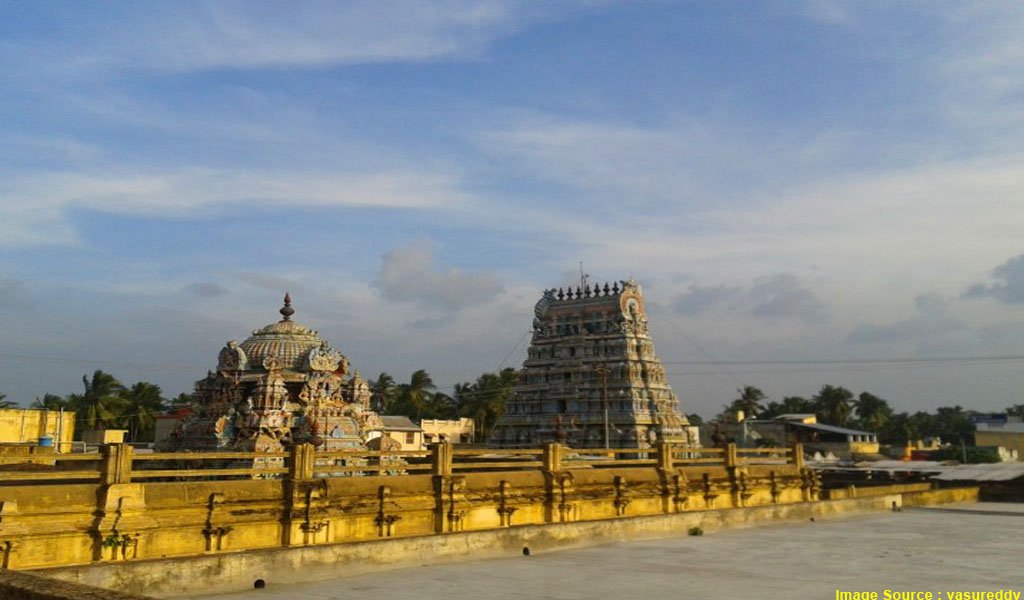 Location: 7 km. from Kumbakonam, on the bank of a Cauvery River tributary

Also called Swamimalai, this temple was built on an artificial hill, having a flight of steps. Swaminathan is the presiding deity worshipped in the temple. There are three gopurams and three praharam in this temple. Swamimalai celebrates the SooraVahana festival every year. AarupadaiVeedu tour package includes this temple visit. 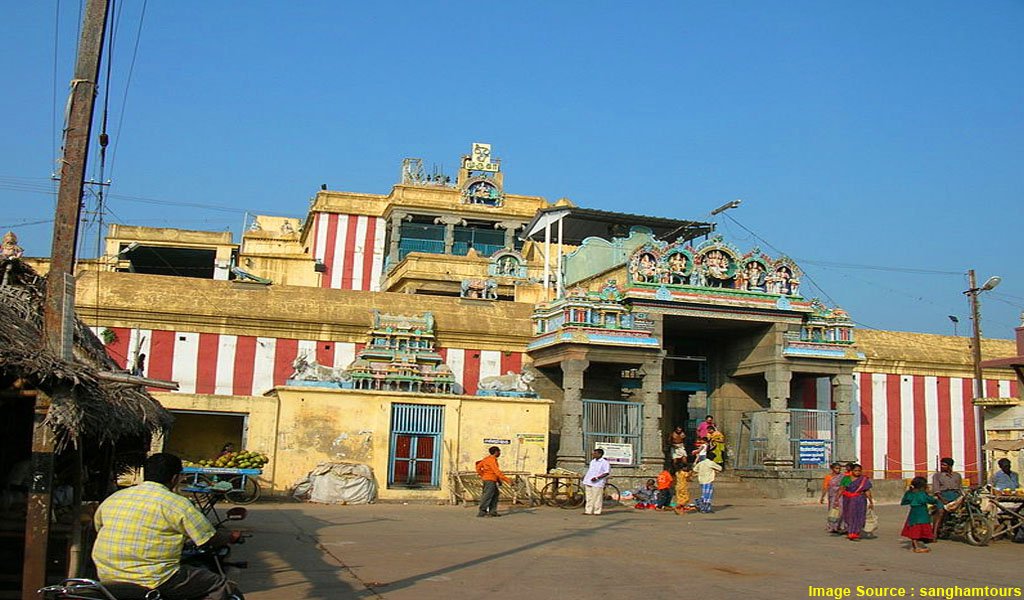 Location: 60 km. from Chennai and 11 km. from Arakkonam

Thiruthani is located near Chennai. It houses one of the most sacred temples, the fifth of AarupadaiVeedu. The Mirror Festival, or KannadiSevai, is celebrated here. During this festival, the six faces of the Lord are exposed through mirror. There are 365 days in the Thiruthani hill that depicts a year. Lord Subramanya married Valli in this temple. There are some areas of expertise of the Thiruthani temple, which includeSaravanaPoikai, AadiKrittikai and Sapta Rishi Teertham. 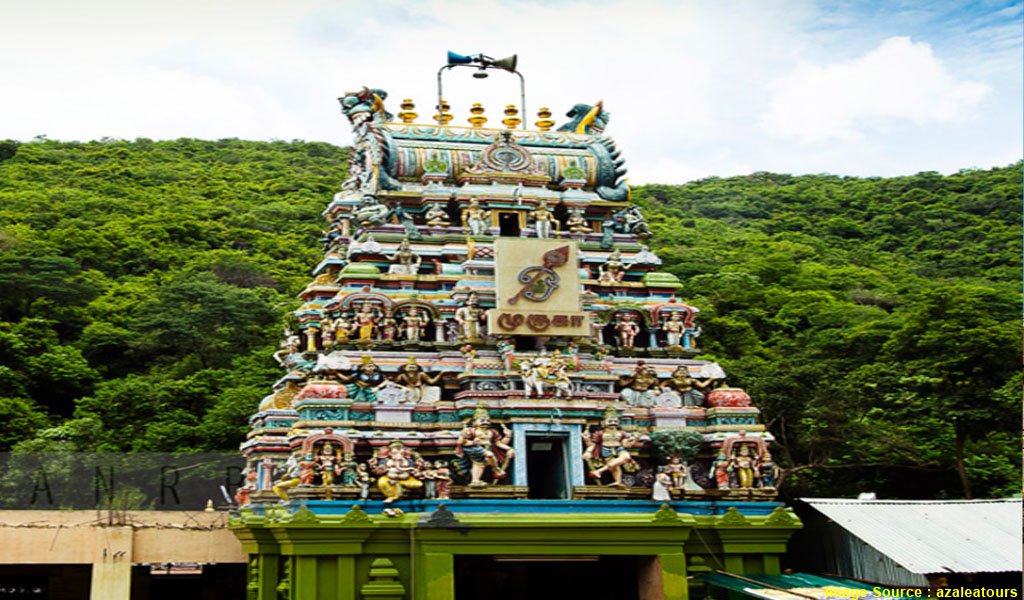 Location: 20 km. from Madurai. You can travel to Chennai by train to Chennai Central Railway Station.

Palamitricolai is the sixth of the Aarupadai Veedu temples, which was called SolaiMalai. It is a holy place and one of the sacred temples. The famous bathing festival, or Abhishekam, takes place in this temple. It is believed that Lord Murugan bathed in the holy water amidst Vedas being chanted.

From that point onwards, WaytoIndia is responsible for your accommodation, stay and six abodes of Murugan Tour. Book your Arupadai Veedu Tour Package by writing to us on info@waytoindia.com