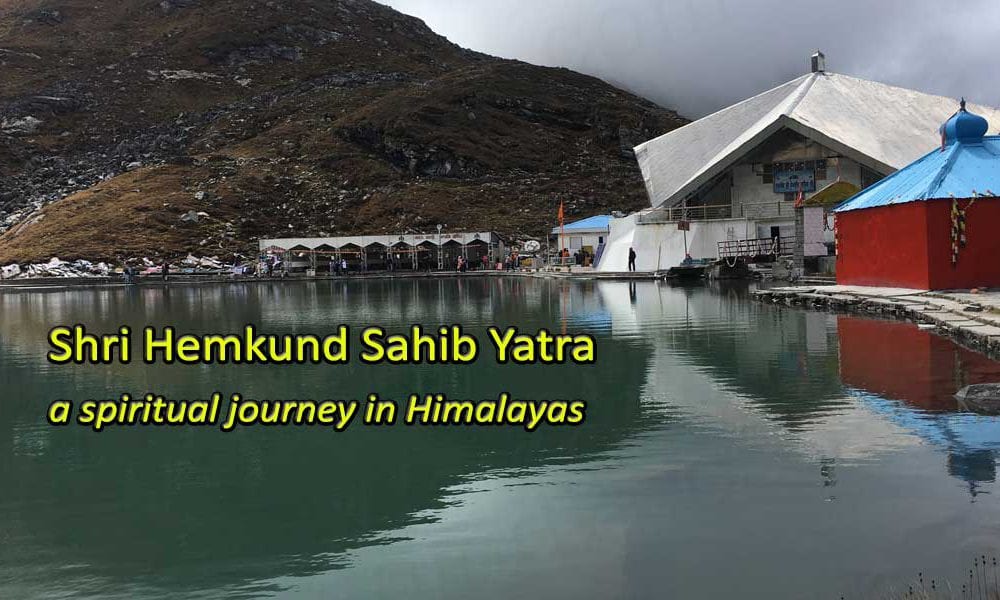 Planning an enthralling experience of Hemkund Sahib Yatra ? This comprehensive guide by WaytoIndia covers everything you need to know for a spiritual pilgrimage to Shri Hemkund Sahib.

Hemkund Sahib is nestled at an astounding elevation of 15,200 feet above sea level and is the world’s highest Gurudwara sahib. It is set amid one of the most breathtaking landscapes of Himalayas, overlooking the marvellous Hemkund Lake. The glistening water of the lake reflects the beguiling sight of the Saptashringa Peaks, making the place even more beautiful.

Along the shore of the meandering lake stands the Hemkund Sahib, one among the most sacred Sikh shrines in the world. Nearby the Gurudwara is located the Lakshmana Temple, where it is believed that Laxman (brother of Lord Ram) had meditated in previous birth in the form of Sheshnag. Thus, the place holds historical & religious significance for both the Hindus and Sikhs.

Thousands of pilgrims from around the world embark on Hemkund Sahib Yatra every year to seek divine blessings of the Almighty and experience its captivating landscaped beauty. 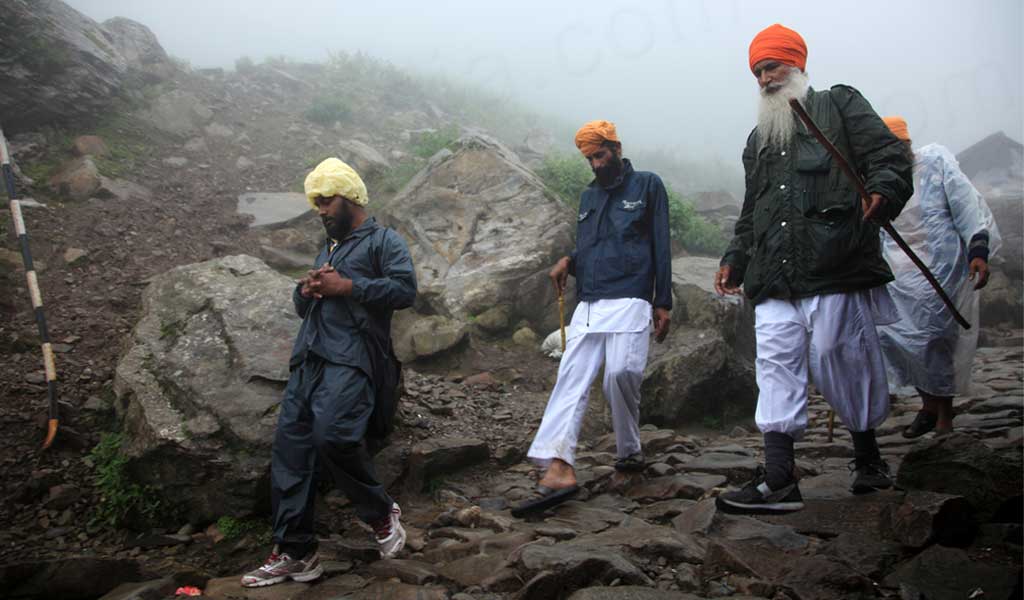 Reaching Hemkund Sahib Ji is exceptionally tough as the shrine is located amid dodgy hilly terrains and snow-clad mountains.

Road connectivity is poor and one has to trek for 21 km from Govindghat. However, you can choose to take Hemkund Sahib Yatra by air.

Regular helicopter service is available from Govindghat to Ghangaria, a picturesque village near Hemkund Sahib. From Ghangaria, one can trek along 6 kilometre of stone-paved path to reach Hemkund. Ponies are also available on hire for a more comfortable Hemkund Sahib Yatra.

Waytoindia.com also operates some ultra luxury tours to Shri Hemkund Sahib.   These tours are with helicopters from Dehradun, where you fly directly from Dehradun to Ghangaria. Since the helicopter tours are costly, other very comfortable option is to book seat in Ultra Luxury Isuzu buses(with washrooms) from Delhi to Hemkund Sahib.

Hemkund Sahib has a rich history which dates back to the era of Guru Gobind Singh, the last saint of the Sikh faith. It is at this place that Guru Gobind Singh Ji unified with the Almighty after his prolonged meditation during his previous birth. The Lakshmana Temple located near the Sikh shrine also holds mythological significance as it is believed that Lakshmana, a brother of Lord Rama, took sacrament.

Darshan at Hemkund Sahib will close from October 10, 2019 onwards.

Where is Hemkund Sahib

Gurudwara Hemkund Sahib is a world-famous pilgrimage site located in Chamoli district, Uttarakhand. The shrine is situated overlooking a picturesque glacial lake surrounded by seven mountain peaks (Saptashringa) of the Himalayas. Hemkund Sahib height is 4632 metres, i.e. 15,200 feet as per the Survey of India.

How to reach Shri Hemkund Sahib By Road

Owing to its massive elevation, rail or road transportation facility up to the Gurdwara sahib is not there. While nearest rail head is Haridwar, the road connectivity is up to Govindghat. Further from Govindghat, the only available options are:

How To Reach Shri Hemkund Sahib by Helicopter

The most convenient route you can take is from Delhi to Hemkund Sahib by air for which you need to make prior bookings with Waytoindia.com.

The first glimpse of the mesmerising Gurudwara Hemkund Sahib Ji and its mystical aura is sure to rejuvenate your senses from the fatigue of the journey. Take a holy dip in the Hemkund Sarovar and then go for Guru Darshan inside the shrine.

Please note that the distance provided in the chart is via roadways. Avail Deccan helicopter Hemkund Sahib service for the most thrilling experience, overlooking the stunning aerial view of Tehri Dam, Auli and the majestic snow-capped Himalayas. Hemkund Sahib helicopter service is available regularly from May to October and is the most convenient mode of transportation to reach the holy shrine.

Hemkund Sahib Yatra package is designed for devotees who wish to indulge into sheer spirituality and engrossing beauty of this holy place. Hemkund Sahib Yatra is one of the most famous pilgrimages in India which attracts tourists from around the world. Lack of transportation facilities to reach the Gurudwara has led to a huge demand for helicopter service in Hemkund Sahib. However, resources are limited.

For those who find it difficult to travel by road up to Govindghat which takes almost about 11 hours from Dehradun or Rishikesh, can perform Hemkund Sahib Yatra by Helicopter which has two different tours :

Both the above tours require minimum 5 pilgrims whose total body weight should not exceed 350 kg. For Hemkund Sahib Yatra by Helicopter price and other details, kindly write a mail on info@waytoindia.com or call on +91 888 222 44 22.

The best time to begin your Hemkund Sahib Yatra 2019 is by the end of May when the winter snow starts to melt and the nature is as its best. Avoid visiting in the months of July and August when heavy monsoon rainfall can cause landslides and helicopter services are affected. If you love winters, you can visit during October when the mountain paths are covered with snow.

You can book helicopter tickets for Hemkund Sahib Yatra from the following service providers:

Here are some important information, rules and regulations to follow on your Hemkund Sahib Yatra by helicopter:

If you are travelling in a group, the above tourist spots can be included in your Hemkund Sahib helicopter tour for a memorable experience.

Top Hotels in Delhi – Some of the best places to stay in Delhi are:

Ghangaria Hotels – Some of the nice hotels to stay in Ghangaria are:

Other than Hemkund Sahib yatra, Waytoindia.com also organises Badrinath Yatra by Helicopter and other Hindu and Sikh pilgrimages in India for which one can send an enquiry on info@waytoindia.com.