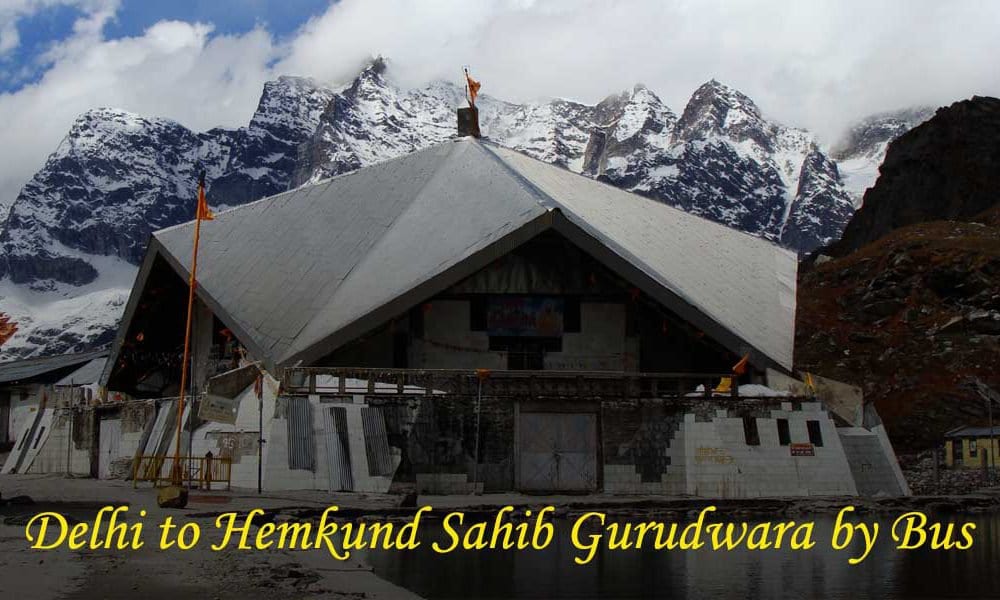 If you are looking to travel from Delhi to Hemkund Sahib Gurudwara by bus, then you are at the right place. Here you will get comprehensive information about Hemkund Sahib Yatra 2019 and booking deluxe bus rentals. 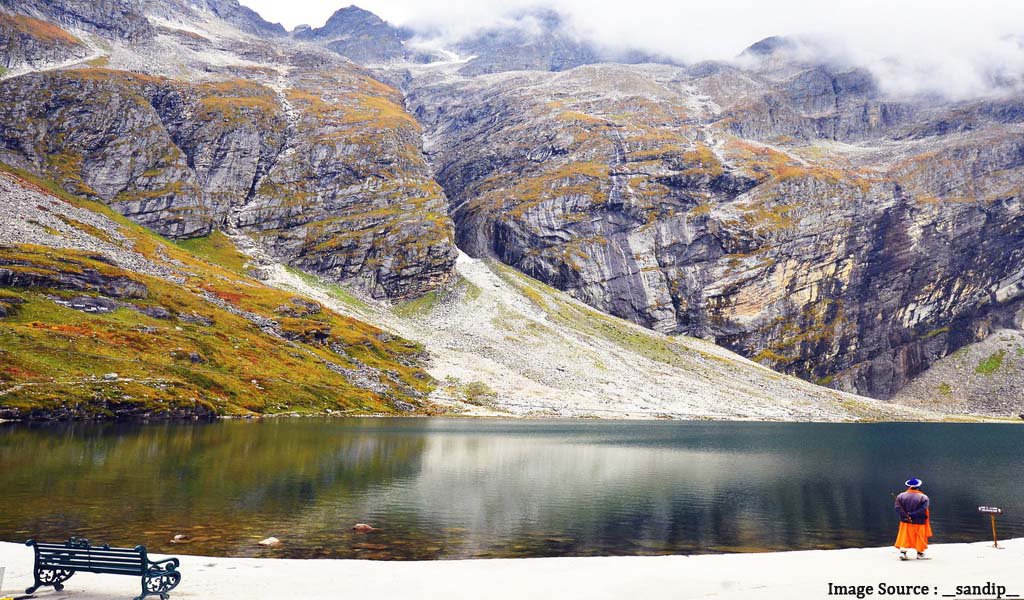 Hemkund Sahib is a world-famous Sikh Gurudwara nestled amid the breathtaking beauty of Saptashrungi, or the Seven Peaks of Himalayas, in the Chamoli district of Uttarakhand, India.

The pious shrine is associated with the 10th Sikh Guru, Sri Guru Gobind Singh Ji. The ‘Bachitar Natak’ composition of Dasam Granth has its mention that Guru Gobind Singh meditated at Hemkund Sahib in his previous incarnation and got enlightenment at this holy place.

Owing to its immense religious significance, thousands of Sikh & Hindu devotees embark on Hemkund Sahib Yatra every year to seek divine blessings of the Almighty.

The pristine Gurudwara is adorned with the glacial lake, Hemkund Sarovar, whose crystal-clear water reflects the Saptashrungi, offering a stunning view to experience.

Hemkund Sahib remains snow-clad throughout the year, perched at an astounding elevation of 15,200 feet.

Darshan at Gurudwara Shri Hemkund Sahib Ji will close from October 10. Heavy snowfall in the months of October to April makes traveler commute impracticable and dangerous in this region.

Delhi to Hemkund Sahib Gurudwara by Bus – A Complete Guide

The most-availed route from Delhi to Hemkund Sahib Gurudwara by bus is:

There are no further motorable roads from Govindghat to Hemkund Sahib. You can trek for 19 km enroute Ghangaria to reach the Sikh shrine. However, it is extremely tough to trek along the hazardous hilly terrains of the Himalayas.

You can also book helicopter shuttle service from Govindghat to Ghangaria, the base camp for Hemkund Sahib trekking.

It takes approximately 5 minutes to reach Ghangaria via helicopter. From there you can have a pony ride to reach the Gurudwara, which is at a distance of 6 km.

For an all-inclusive journey to the holy shrine, it is advisable to book Hemkund Sahib Yatra package with WaytoIndia. We ensure the most comfortable travelling experience, taking you to a pious yatra of holy pilgrimages such as Haridwar, Rudraprayag and Hemkund Sahib. If you wish to add other tourist sites into the itinerary, please contact us at the time of booking.

The total journey may take anywhere from 13 to 14 hours to reach Govindghat from New Delhi. To make the schedule less hectic, it is suggested to break up your journey into 2-3 days, with overnight stay at Rudraprayag, Govindghat and Ghangaria. One day & night stay at Ghangaria is crucial to help you acclimatise with the high altitude.

There are plenty of buses plying between Delhi and Haridwar or Rishikesh on a regular basis. The buses are available from Maharana Pratap Inter State Bus Terminal, New Delhi. These include luxury Volvo coaches, air-conditioned sleeper coaches, deluxe buses with restroom and state buses running under Uttarakhand State Transportation Authority. The passenger capacity is from 14 to 45. The buses for Haridwar/Rishikesh depart every half an hour 24×7.

Thousands from pilgrims from around the world set off for Hemkund Sahib Yatra every year. To prevent the rush and last-minute hassles, it is recommended to book your bus tickets at least 2 – 3 months in advance.

Delhi to Hemkund Sahib bus fare will range anything from INR 1500 – 3279 per person. Deluxe, air-conditioned coaches are costlier as compared to Uttarakhand state buses which may charge around INR 200 – 250 from New Delhi to Haridwar/Rishikesh and from there to Govindghat.

Apart from New Delhi, you can avail bus service from Chandigarh, Rishikesh and Haridwar to reach Hemkund Sahib Ji Gurudwara. Here is a road distance chart from nearby cities:

Here is some valuable information that you should know to travel from Delhi to Hemkund Sahib by bus.

The tour is a luxury tour as you travel in a state of the art Luxury Toyota Coaster bus from Delhi. Your stay and meals are arranged at the best available hotels and camps.

To know more about this tour, you may read the detailed tour plan and quotation on the link https://spark.adobe.com/page/wINpTdGG75AFl/

Have an enchanting pilgrimage experience like never before! Embark on a memorable journey from Delhi to Hemkund Sahib Gurudwara by bus, savouring your eyes amid the picturesque scenic beauty and divine lure of the Almighty. Book exclusive travel packages at WaytoIndia and make your journey relaxing and unforgettable.

For those who cannot spare that many number of days, one may book Hemkund Sahib Yatra from Dehradun through helicopter.