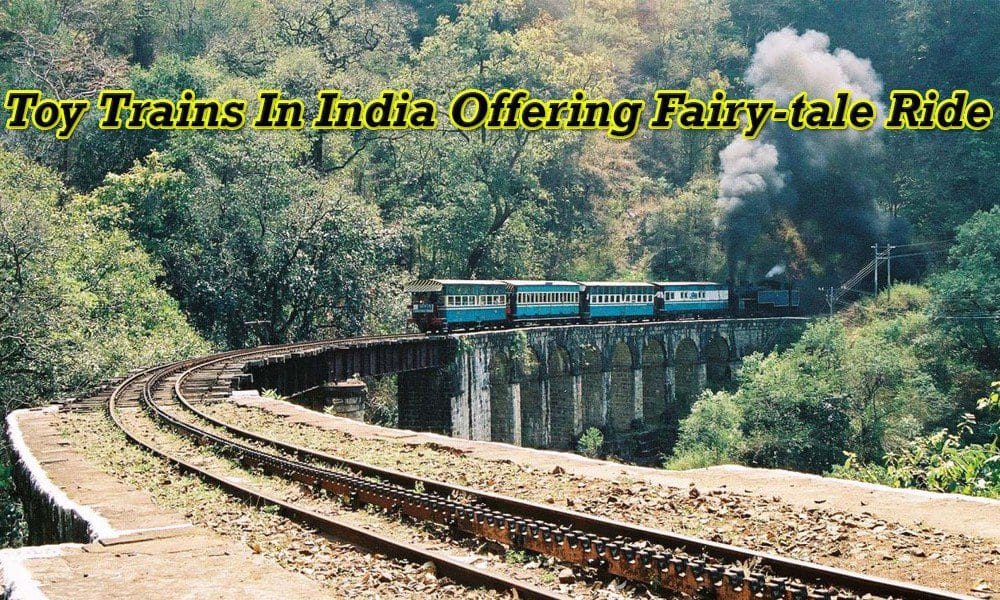 Bearing testimony to the glorious days of Indian Railways, toy trains in India with meter gauges laid during British colonial era continue to attract tourists from across the globe. Moving at sluggish speed on high bridges and through long tunnels for over a century, these wondrous hill trains offer ample amount of time and uncountable moments to savour mesmerising nature as these make way through mazes of forested mountain and lush green valleys disclosing heart-warming vistas. Find in detail about the amazing toy train Indian Railway routes and tours to be a part of one of these joy rides. 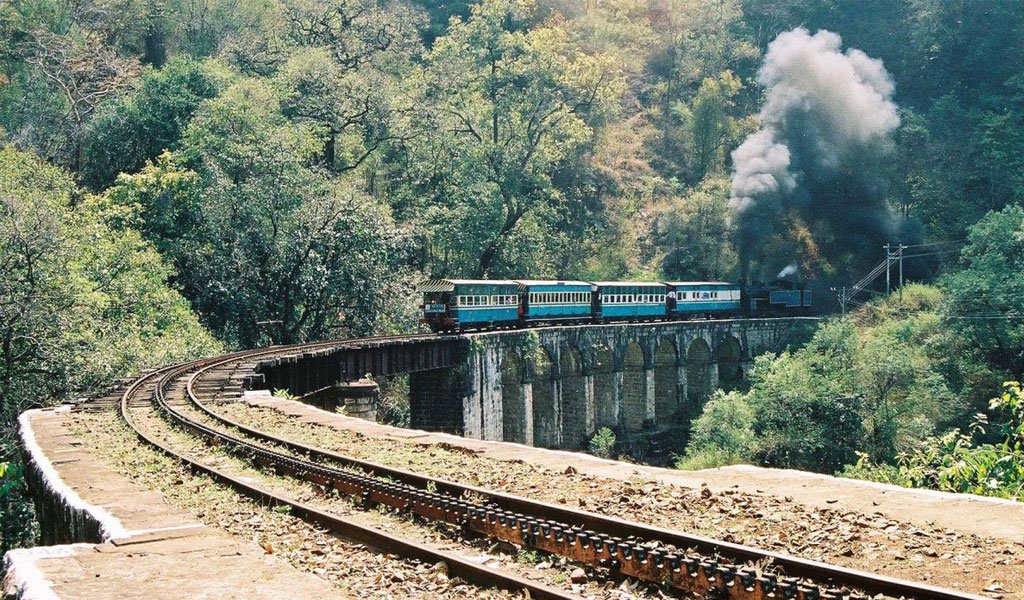 With its construction starting in 1898, the Kalka-Shimla Railway opened to traffic in 1903 and was granted the World Heritage status in 2008. From Haryana’s town Kalka to North India’s most popular hill station Shimla, the line snakes through the pristine Shivalik Foothills. As many as 102 tunnels and 864 bridges keep the passengers thrilled throughout while the dense pine canopies bejewelling the astounding landscapes create outstanding visual treat.

Waytoindia.com organises Shimla Manali Tour Packages in which Kalka to Shimla leg of the tour can be done by the toy train.For booking this package you may send an enquiry on info@waytoindia.com .

Probably the best toy train India offers, Darjeeling Himalayan Railway too is a World Heritage Site (designated in 1999) that was constructed in the 1880s. It connects New Jalpaiguri with Darjeeling, popular as the Queen of Hills. With a dramatically changing gradient and a series of loops and z-reverses, the ride is no less than an adrenaline-spiking adventure. Passing over 500 bridges, revealing breathtaking mountains sceneries and luxuriant tea gardens at every inch, it would keep you spellbound and asking for more.This one surely deserves to be on the list of toy trains in India.

Another World Heritage toy train in India (status granted in 2005), Nilgiri Mountain Railway has featured in several popular Bollywood tracks and global movies. The journey between Mettupalayam and Ooty (the unmatched South India hill station) admires the magnificence of Nilgiris (Blue Mountains) that are a part of the striking Western Ghats. Your eyes may forget to blink and heart may skip a beat as the train covers more than 200 curves, nearly 250 bridges and almost 16 tunnels, with ravines, forests and tea gardens extending greetings. Built in 1908, the line preserves its charm and promises an unforgettable journey.

Additional train operates during holiday seasons, while the services are often stopped during heavy monsoons (usually for few weeks between June-October).

Constructed in the 1920s, Kangra Valley Railway runs from Pathankot in Punjab to Jogindernagar in Himachal Pradesh. Kangra Valley, already a favourite among nature-lovers and honeymoon couples for hosting verdant fields, gushing streams and the enchanting views of snow-capped Dhauladhar Range, discloses miraculously on this train ride. On one of the most captivating train tours India, you may also plan to get down at Palampur, known for its pollution-free climate, tea gardens and ancient temples.This toy train in India is as enchanting as the destinations itself.

Train service might not be available during monsoons (June-September).

One of the best-kept secrets of Northeast India, this narrow-gauge rail stretch is indeed a pleasant surprise for those venturing into the unflawed nature of Assam. The 47 km. long stretch is the only left-out part of Lumdig-Silchar Railway line (built some 120 years ago), while the remaining part has already been converted to broad gauge. Retained specifically for its heritage value, it revolves around the stunning hill station of Haflong like a garland around neck. No wonder how strikingly the journey unveils the overwhelming countryside and nature of the region.

Choose any of these journeys and be a spectator to the incredible heritage which continues to defeat the signs of aging.