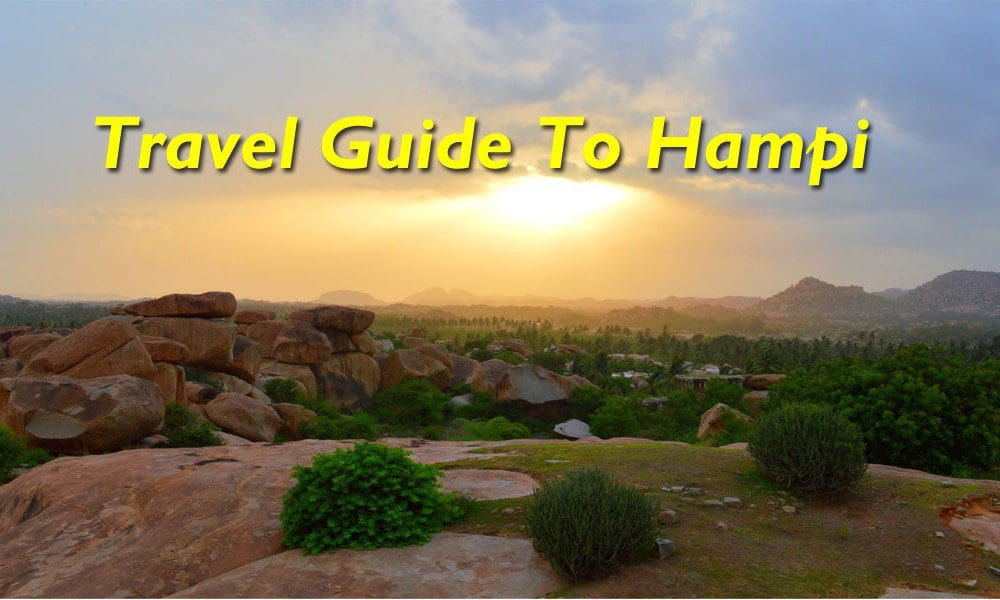 The ancient India has always fascinated the travellers and the rulers. From the astonishingly beautiful architecture introduced by the Mughals to inscriptions and seals of various rulers found amongst the ruins of such sites, sites of ancient India never fail to impress its visitors, especially who have a categorical interest in ruins and history. Running along the words of ‘Atithi Devo Bhavo’, India never fails to impress the visitors with its beautiful sights and cultures. 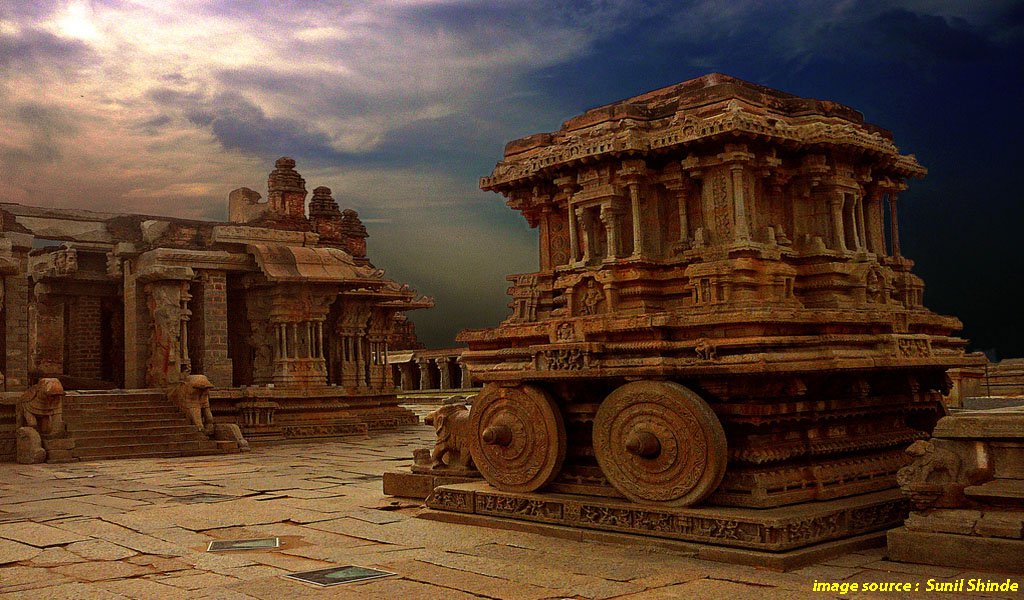 The southern India has always been an absolute delight for the tourists. Northern Karnataka or the uttara Karnataka, is a semi-arid plateau which lies within the Deccan thorn scrub forests ecoregion, which extends into eastern Maharashtra. Hampi, a village in northern Karnataka, south India was one of the richest and the largest cities during its epoch. This site was found within the ruins of Vijyanagar.  Vijyanagar was an important religious centre which had 500,000 inhabitants! Also, this empire was ruled by the great emperor-warrior king Ashoka. This is the second largest city after Peking-Beijing which is surrounded by the Tungabhadra River. The entire empire has seven lines of fortifications and a magnificent style of architecture. The architecture here, is borrowed by then prevailing styles of architectures and then are elegantly blended together to develop a new style of architecture. The Indo- Sarasanic form of architecture was the most popular amongst the temples of Hampi.

The Annual Hampi Utsav or ‘Vijya’ Festival is that ornament of Hampi that is still not discovered by half of its visitors. This festival is organised by the government of Karnataka as ‘Nada’ Festival in the first week of November. This festival doesn’t fail to attract audience and usually has scheduled dates and timings. This festival is loud and full of colours aimed at recreating the essence of the Vijyanagar Empire. The theme of Vijyanagar can be spotted in the decorations of the festival. Colour, gaiety and excitement follow this 3 day long carnival which includes light and sound show, Janapada Kalavahini and Jumbo savari. The government of Karnataka has taken a huge initiative for this ruined city, making it UNESCO world heritage site! During this season Hampi is best to visit in order to enjoy

The temples and monuments at Hampi

The religious buildings with Vedanta mythology today reside within the temples. Also it is interesting to note that there were majorly two beliefs among the masses. The Saivaites and Vasihnavites were the two major sects of Hinduism. The epicentre of the former cult is the Virupaksha temple. Hampi has a line up of beautifully sculptured temples:

Hampi other than temples gives a treat to eyes of the travellers who absolutely admire the ancient works of the artisans. Interestingly, the presence of Islamic faith has given Hampi a cosmopolitan outlook. For instance the kitchen or the storehouse of the Krishna temple has been made in the Islamic architecture. The British rule in India also influenced the architecture. The Royal centre, the mahanavmi dibba, Lotus temple, citadel and the great bath are some of the structures that were the main cites of the ruined city of the empire.

Hampi also offers a bundle of treat to the travellers who look for bright and colourful cultures of India. The ‘Bazaars’ or the flee markets are the cites of local cultures of Hampi. Sharing the history of organised trade structure, The hampi Bazar is the local market which offers as a shopping arcade for the local masses. We see a vibrant bazaar during the Hampi Utsav. It turns into a vivacious place during this annual festival. Also, not to forget the bazaar also serves with scrumptious south Indian cuisine. Steamed Idli with chai (milk tea) are the favourites of the locals.

The Mango Tree restaurant an eatery wested in banana plantation.The  food served here isn’t exotic from the culinary point of view but the setting is very scenic and special. The setting is arranged on the terraced floor facing the floor facing the river and plantations around it giving it an essence of the south India. Hampi with all its ancient monuments and sculptures takes you back into the age old traditions that India has been preserving since ages along with the evolutions that surround it. The Karnataka government has been preserving this city and has been promoting it’s unique cultural heritage.