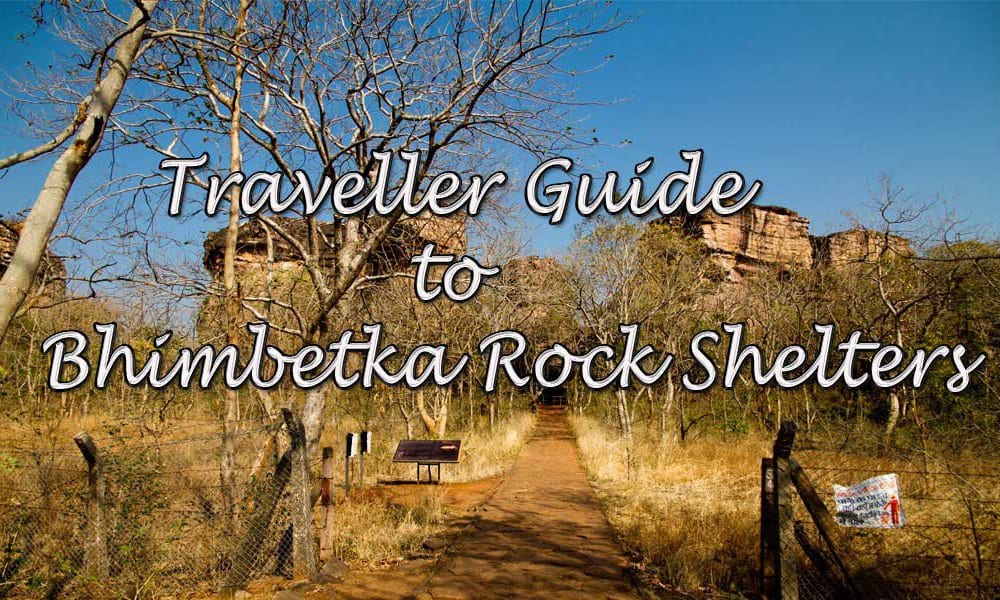 The ancient treasure of Bhimbetka caves and rock shelters is among the world’s greatest testimonies for the first traces of Homo sapiens, the modern humans. Sketching the human journey from the Palaeolithic Age to the Medieval Period, these caves host linear representations, geometric figures and paintings, the oldest being more than 30,000 years old. A must-visit attraction on any trip to Bhopal or Madhya Pradesh, Caves paintings at the Bhimbetka Rock Shelters are sure to blow your mind and let you establish connection with your roots.

A Mystery to be Resolved – While the main caves pose as the dwelling place of Homo sapiens, who migrated to the Indian subcontinent from Africa, few shelters show the existence of Homo erectus who existed 100,000 years ago. Though, the matter is controversial, who knows what’s hidden in the hundreds of rock shelters that are yet to be fully explored. 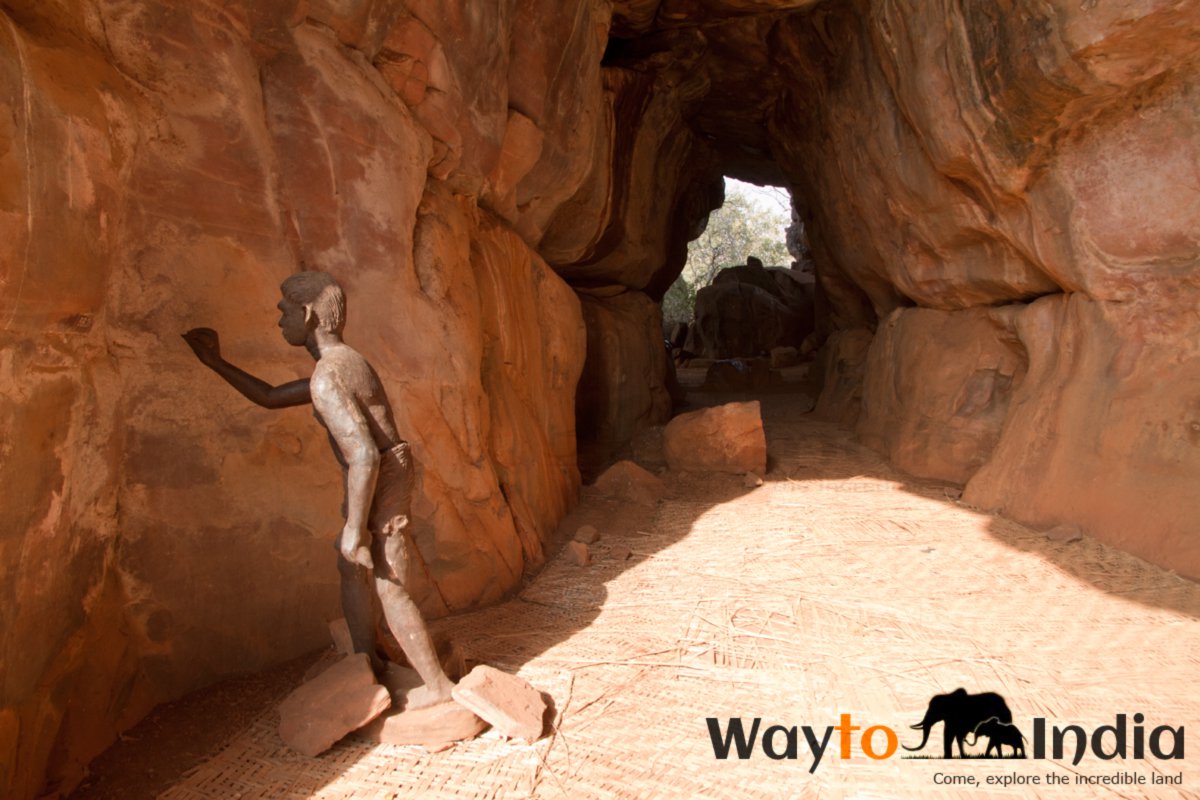 Surrounded by dense forests and flaunting a rugged canvas, Bhimbetka Caves of Madhya Pradesh find solace amidst lofty quartzite rocks and craggy cliffs. Far from the modern urbanization, the entire setting seems to retain the overwhelming charm of the Stone Age.

Bhimbetka Caves are located in the state of Madhya Pradesh at the southern end of the Vindhyas Range. The exact Bhimbetka Caves location is about 45 km. southeast to Bhopal, the state capital and the nearest city. The rock shelters are a part of the Ratapani Wildlife Sanctuary in the district of Raisen, boasting of lush green flora and rich fauna.

The region claims more than 700 rock shelters, of which more than 400 are spread over 5 hills of Bineka, Bhonrawali, Bhimbetka, Lakha Juar East and Lakha Juar West (remaining 300 caves are at Munibaba ki Pahari, located in the sanctuary’s buffer zone). Bhimbetka Group has 243 shelters, out of which 15 are open for public viewing.

Bhimbetka rock shelters are mainly famous for depicting the man’s experimentation with creativity during different periods, including Upper Palaeolithic, Mesolithic, Chalcolithic, Early Historic and Medieval. The notable highlights of the main rock shelters include:

How to Reach Bhimbetka Caves?

Road: NH 12 which connects Bhopal with the city of Hoshangabad offers convenient access to the caves. Public transport buses run daily, but the journey is extremely tiring and time-consuming mainly due to the poor road condition. Accessing Bhimbetka Caves by private taxis is the best option.