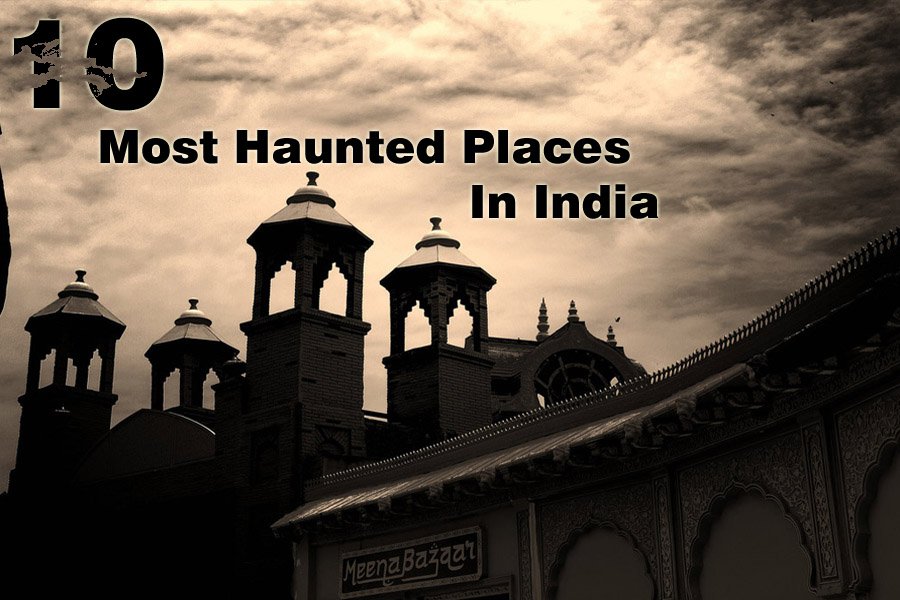 For those who believe in exploring spooky places, this blog shares with them the details about most haunted places in India.One of the many things India is known for is its traditions and beliefs. Time and time, its mystical aura has lured in crowds from all over the world to explore the mesmerizing realm.

Being the mysterious beauty that our country is, the land has its own share of places that are believed to be haunted and have the spookiest tales associated with them.

While the existence of supernatural is still questionable, here are a few places that will surely help in resolving your doubt about them. 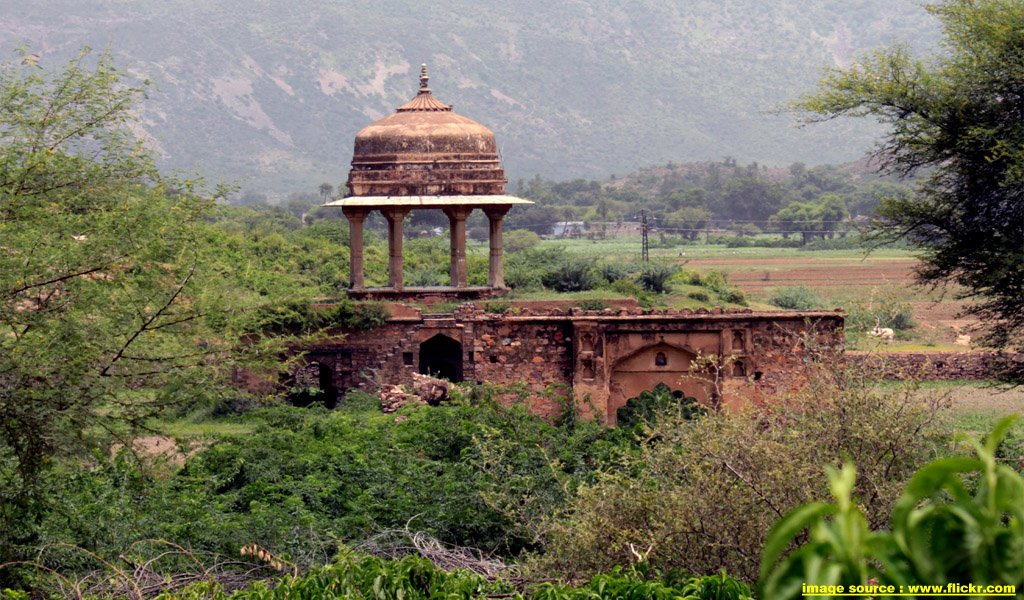 The 17th-century fort is located in the Alwar district and is often touted to be the scariest destination in India.

According to the beliefs, the fort is said to be cursed by Singhiya, a wizard who used to practice black magic and fell in love with the beautiful princess of Bhangarh, Ratnavati.

He had tried to lure her into marrying him through his black magic but the spell backfired and caused his own death. The village was destructed soon after his death and to this date, no one resides in the precincts of the abandoned fort.

Rumours claim that anyone who has ventured during the night hours never returned.

Even the Archaeological Survey of India has put up a warning at the entrance stating that no one should enter after sunset or before sunrise.

The fort consists of ruined palaces, tombs, havelis and even temples like Gopinath, Somesvara, Keshav Rai and Mangla Devi. Many have claimed that there is a constant feeling of eerie restlessness that one experiences among the macabre environment of the ruins.This fort is foremost among the most haunted places in India.

An ancient, dilapidated house, hidden by thick trees and its branches, surrounded by nothing but silence- the very sight can make spines chill.

Legend says that it was ‘Ravan ka Sasural’ (Ravan’s in-laws’ place), as the city was ruled by Mayasur, the father of Ravan’s wife, Mandodari.

Historians in the city claim that in the 1930s, the building was a military establishment but ever since, the place has been left abandoned.

The locals even avoid passing the route as there are stories about the place being haunted by four men who sit inside by the light of a single candle, often seen and heard talking, drinking and enjoying themselves. A woman in red clothes has often been spotted leaving the building.

The place is guarded by six caretakers who make sure no one enters the haunted area. This place is a must visit if you are interested to visit haunted places in India.

A beach might not exactly sound like a place for the paranormal, but this case is an exception. Approximately 18 kilometres away from Surat, the beach runs along the Arabian Sea.

Incidents of missing tourists, drowning people and their bodies getting washed up against the shore are not unusual happenings around here and if rumours are to be believed, the ghosts and spirits of the dead are the reason behind it.

The beach was apparently a burial ground for Hindus and if you take a walk through the black sands of this beach at night, you might as well hear them whispering to you.

This is another of the haunted places in India that you might keep as a part of your tour itinerary.

In the dead of the night, imagine witnessing strange, glowing lights- this is exactly what happens in the spooky marshes of West Bengal.

Fishermen have claimed that they frequently see these ghost lights at night that often make them lose their bearing and ultimately lead to drowning.

Some also claim that it had actually helped them to find their way back. The locals believe that these are the hovering lights are actually the spirits of dead fishermen.

The phenomenon still remains a mystery but for those who can dare, it is an exploration and this is why we have listed among the most haunted places in India.

The presence of supernatural among the hustle and bustle of the city is rather uncanny. But as the night approaches, so does the ghost of a lady in white.

Many passers-by have claimed that they have witnessed the lady in white asking for lifts- if they stop, she makes them lose direction and if they don’t stop, she runs along with the car at the same speed.

Stories suggest that the lady was probably raped and killed by men and ever since her spirit has been haunting the area and victimizing the passers-by.Check this out if you wish to cover the most haunted places in India.

Apart from being known for its impressive architecture, the fort is also infamous for the ghost of a 13-year-old Peshwa prince, Narayan, who was gruesomely murdered at the orders of his uncle Raghobha’s wife.

The poor prince ran all over the fort shouting,” Kaka, mala vachva” (Uncle, save me!), in vain.

At full moon nights, the unfortunate shrieks of the dead prince are still said to echo in the haunted fort.This is the very reason for listing it among the most haunted places in India.

The grand film city in Hyderabad is apparently a habitation for ghosts as well. Many who have visited or shot films there have experienced the paranormal.

Lights falling off the ceiling, light men being pushed and injured, shadows in rooms, food being scattered, knocking on the doors of the washroom and strange scribbles in Urdu script on the mirrors are common occurrences.

The ghosts are usually said to bother females more than the males.

The place was built on the war grounds of the Nizam Sultans and the ghosts are possibly of the soldiers. Despite exercising precaution and care, the paranormal activities have still not ceased.

A desolate village and an eerie silence- just a look at the ‘cursed’ Kuldhara, approximately 15 kilometres west of Jaisalmer, reveals its sad past.

The story behind the roofless mud houses and the strange atmosphere is that the place had been inhabited by Paliwal Brahmins about 300 years ago, who vanished overnight, along with people from 84 surrounding villages.

No one saw them leave and no one knows where they went.

According to folklore, the villagers were forced to leave because the evil ‘Samant’ (or ruler) in the ruling kingdom wanted to marry the beautiful daughter of the chief forcefully or he would levy exorbitantly high taxes on the people.

With their departure, they also put a curse upon the village that anyone who tries to inhabit the village again would be destroyed.

You may plan your Jodhpur Jaisalmer Tour by sending us a mail on info@waytoindia.com.

The quiet and peaceful hill station, Kurseong, about 30 kilometres away from Darjeeling, has a dark side of its own.

The beautiful building of the Victoria Boys High School has stories of boys laughing in corridors, even during vacations when the school is supposedly empty.

A road nearby is called by the name of death road, as several woodmen claim to have seen a headless boy appearing from and disappearing into the woods.

Screams, a pair of red eyes staring at passersby, sightings of a woman in white are among the many incidents that take place in these beautiful but haunting woods.

The D’Souza Chawl, located in Mahim, has a well inside its compound that is said to be haunted.

Locals have seen a lady loitering around the area at the night time.

It is said that the woman who had gone to fetch water from the well, fell inside and died as there were no boundaries around it.

Though the ghost is said to be to be harmless, it is advised not to go near the well at night.

The story has been featured in various lists and headlines, making it one of the most haunted places in India.

In case you wish to visit any of these places, just visit us on http://www.waytoindia.com and send us an enquiry…