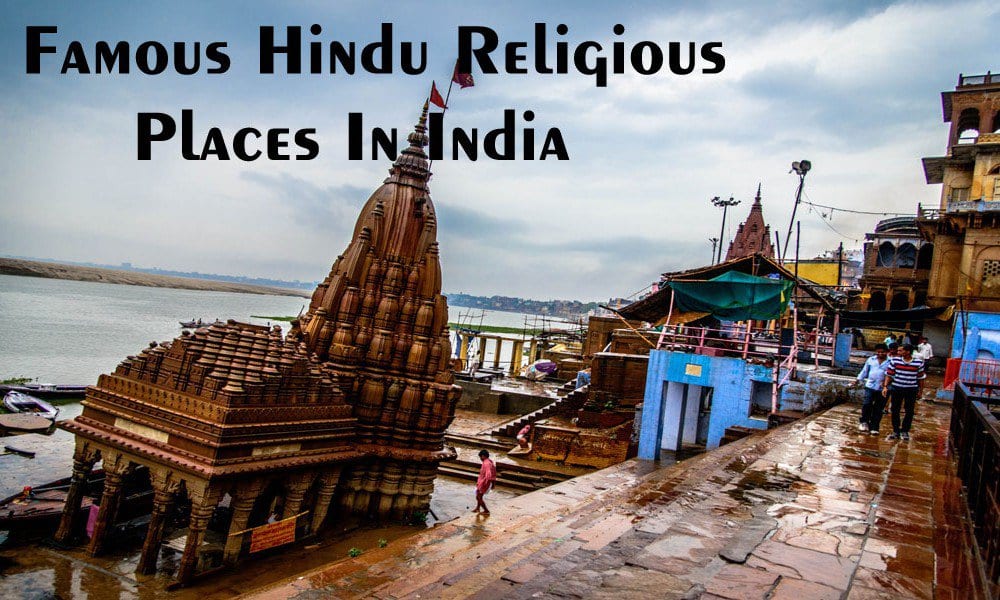 India – The mystical motherland with deep-rooted traditions and culture is blessed with numerous holy shrines and Hindu temples. This blog traces famous hindu religious places in India that one must visit.

Let us showcase some ancient shrines, temples and Hindu holy sites in India that are important pilgrim spots for every devout Hindu. Do visit these Hindu religious tourist places in India once in a lifetime. 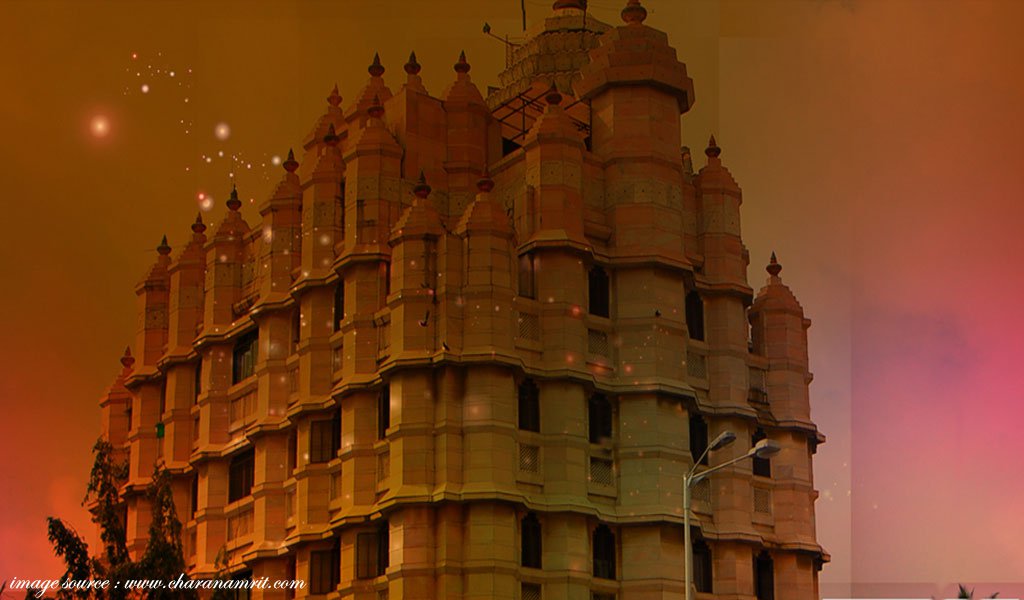 Shree Siddhivinayak Temple enshrines Lord Ganesha-the destroyer of obstacles. He is also the primary deity to be worshipped first and foremost before starting any new venture in life. This 18th century temple houses the idol of Ganesha, carved out of one single black-coloured stone. On both sides of the stone-image are idols of Goddesses –Riddhi and Siddhi, granting wealth and prosperity to devotees. Praying to the popular Ganapati Bappa in Siddhivinayak has known to produce astounding miracles; as the good Elephant-head God is said to bestow every genuine and humble wish of devotees who throng the temple during the day.

The ‘Srivari’ Temple or the Tirumala Venkateshwara Shrine atop a hillside is amongst the most beautiful Hindu religious places in South India built during the 1200 BC. It is widely popular as one of the richest temples in the world. There are various chambers that house precious ornaments, jewels, silk cloth, flower garlands, sandalwood paste and prasadam of the main deity Lord Balaji and several other Gods enshrined inside the temple precincts.

Amongst the many religious places in North India, The Holy shrines of Mata Vaishno Devi entrails an epic journey. It depicts all those divine and blessed spots where Mata was supposed to have spent Her time doing severe spiritual penances. The pious journey finally ends at the Holy Cave where Mata merged with Her divine astral forms. Vaishno Devi Shrine is one of the most visited Hindu pilgrimage places in India. The Darshans inside the sanctum cave is known as Pindis. There are no conventional stone images in the cave.

Vrindavan is a quaint township in the district of Mathura. This divine playground of Krishna has a spiritual vibration, which is felt when you enter several places like Nidhivan. Vrindavan is one of the prime Hindu pilgrim places in India. Some hallowed places in Vrindavan include Banke Bihari Temple, Prem Mandir, The Sacred Lake Kusum Sarovar, ISKCON Temple, Keshi Ghat and Nidhivan among several others.

This mythical temple of Goddess Parvati Devi is considered to be one of the top Hindu temples in India. The Goddess deity is a ‘Swayambu’ and said to possess great magical healing powers. Chottanikkara Temple of South India attracts millions of pilgrims who seek to get relief from their sorrow and anguish.

Location: This temple is situated at Cochin City in Kerala State of India.

Accessibility: The temple can be reached via Cochin Airport. Train pilgrims can take the Ernakulum South Railway Station. People using roadways can use state buses and get down at Ernakulum K.S.R.T bus stand and hire a taxi to reach the sanctum sanatorium.

Varanasi is among the top 10 Hindu religious places in India. This ancient city is steeped in spirituality and mysticism. Some of the spiritual places in Varanasi are Viswanath Temple, Sankat Mochan Temple, Durga Temple, Dasaswamedh Ghat, Assi Ghat, etc.

Accessibility: Varanasi airport and railway station are connected to all main Indian cities. State transport buses plying to and fro Varanasi connect pilgrims through roadways to all neighbouring cities and states in India

Highlights: Varanasi is the Indian heaven for Hindus. The ashrams, temples and holy ghats depict the Hindu culture and philosophy in a unique way. Numerous religious rituals and pujas are performed at the Ganga Ghats of Varanasi.

Those who are visiting India for the first time and wish to experience the cultural heritage of India, must visit Delhi, Agra, Jaipur and Varanasi as these cities are the seat of culture in northern India. Waytoindia.com organises packages tour to these cities famously called as Golden Triangle Tour with Varanasi .

The magnificent 8th century temple of Kedarnath is situated high in the Himalayan ranges at a gigantic altitude of 3581 mt. above sea-level. Surrounded by natural pristine beauty of snow-covered mountainous peaks and lush greenery, the temple is an awe-inspiring Hindu structure of great architectural beauty.

Location: Kedarnath is situated on the Garwhal Himalayan ranges in Uttarakhand.

Accessibility: Jolly Grant is the nearest airport to reach Kedarnath Temple, while Rishikesh railway station is the closest railhead. The holy shrine is well connected to neighbouring states through roadways via state buses and private transports.

Highlights: Kedarnath shrine houses the most potent Jyotirlinga out of the twelve Jyotirlingas scattered across India. This Shiva temple attracts worldwide tourists to trek the mountainous ranges and seek divine blessings.

To know more about the pilgrimage tours offered by Waytoindia.com you can visit us on Pilgrimage Tours