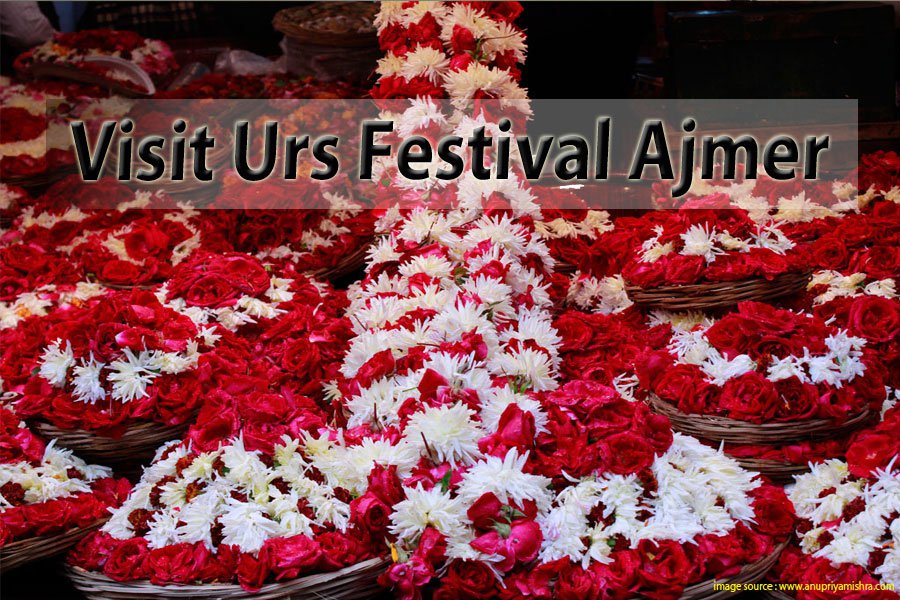 The holy town of Ajmer in the state of Rajasthan hosts annual Urs festival Ajmer, which commemorates the death anniversary of the revered Sufi Saint Moinuddin Chishti. Millions of people from different castes, religions and regions of the world attend this 6 day long festival.

During the festival, the entire town turns into a grand spectacle with flowers and light decorations and bustling bazaars all around. The environment filled with heart-warming Sufi music, prayers and unmatched mysticism is enough to overwhelm the senses of the festival attendees. 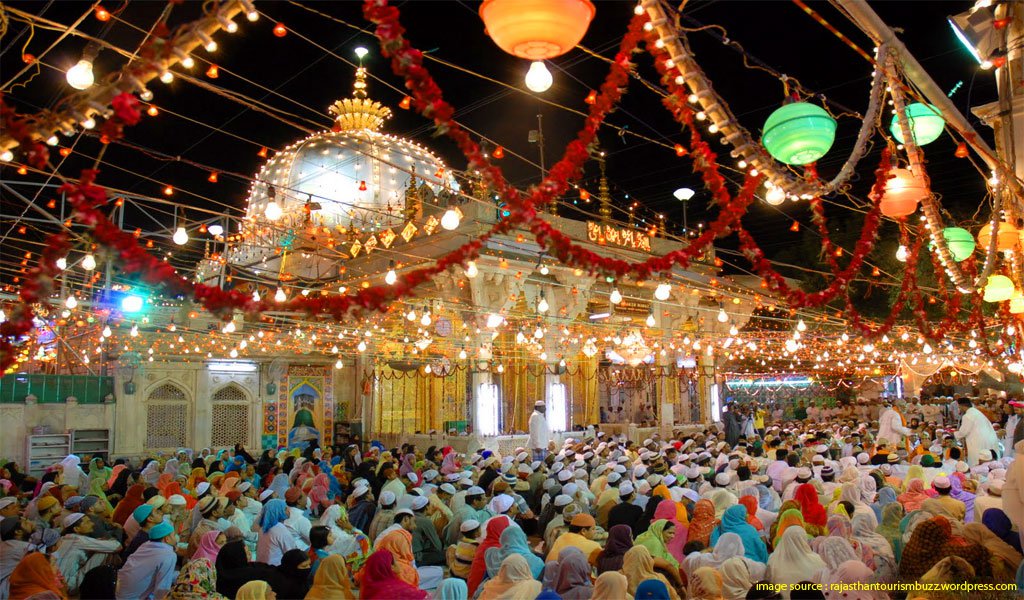 The Arabic word ‘Urs’ translates to ‘wedding’ and it signifies the union of a lover (a Sufi saint) with the ultimate beloved (the God). In other words, it marks the event of a Sufi saint leaving the mortal form and ascending to the heavenly abode. Interestingly, the death anniversary is celebrated as the wedding anniversary during the Urs fair at Ajmer.

Born in Afghanistan in the year 1141, Moinnudin Chishti turned to India as guided by Muhammad and established the Chishti Order of Sufism in the Indian subcontinent. Popularly known as Gharib Nawaz (benefactor of the poor), the saint preached feeding the hungry and helping those in distress as the most prominent forms of devotion towards God. Upon death, he was buried in a tomb at Ajmer. The tomb acquired the status of a shrine and is popular worldwide as Ajmer Sharif or Dargah Sharif.

When is Ajmer Urs Festival Celebrated?

Important Events and Things to Do

Ajmer, the holy town enjoying the rugged backdrop of the Aravalli Hills, is located in the state of Rajasthan, about 132 km. from the state capital Jaipur and about 388 km. from the national capital New Delhi.

Ajmer’s located in the desert state of Rajasthan has extremely hot days in the summers of April during the festival. It is advised to pack light cotton clothes, along with sunscreen lotions, sunglasses and hats.

Attractions in and Around Ajmer

Here are some of the popular hotels, along with their respective distance from the shrine and contact information:

Eating Out at Urs Ajmer fair

Don’t miss the mouth-watering biryani served at many stalls near the shrine. Also, sweets like jalebis and malpuas are extremely delicious. In addition, there are many popular fast food joints and restaurants across the town where Indian and international cuisines can be enjoyed. The popular options include Mango Masala, Daavat, Bhola, Haveli Heritage and Gangaur Fast Food.